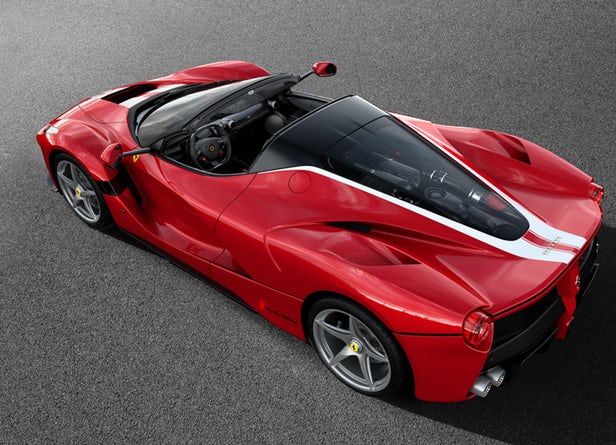 Last LaFerrari Aperta to be Auctioned for Charity

The auction season is in full swing in Europe with many major auctions like RM Sotheby’s annual London event, Bonhams’ Goodwood Revival Auction 6, Coys’ Fontwell House auction, RM-Sotheby’s “Leggenda e Passione” auction and Bonhams’ Chantilly Sale being held in Septemberon September 10.
All of the auctions are expected to showcase some really rare cars including a 1959 Ferrari 250 GT LWB California Spider and a 1960 Ferrari 250 GT SWB Berlinetta Competition
The 2017 Ferrari LaFerrari Aperta that is up for auction is expected to be a record breaker and is one of just 210 open top versions of the Ferrari supercar.
Ferrari will donate all the proceeds from the sale to the charity, Save the Children, and even Sotheby’s is waiving its fees.
Ferrari has said that the car that will be auctioned will have a special color scheme and will be even more colorful and distinctive than a regular Aperta.

The current world record for a new car at auction is held by a Laferrari, which was sold for USD 7 million at an RM-Sothebys auction in October 2016 and this amount was also donated to charity.

The projected price for the final LaFerrari Aperta is USD 3.3 to USD 4.4 million, but with a worthy charity set to be the ultimate winner and many people who wanted a LaFerrari Aperta not getting one, there is every chance that the car could end up in the record books.