Home News Automotive Lamborghini Makes a Splash with the Urus 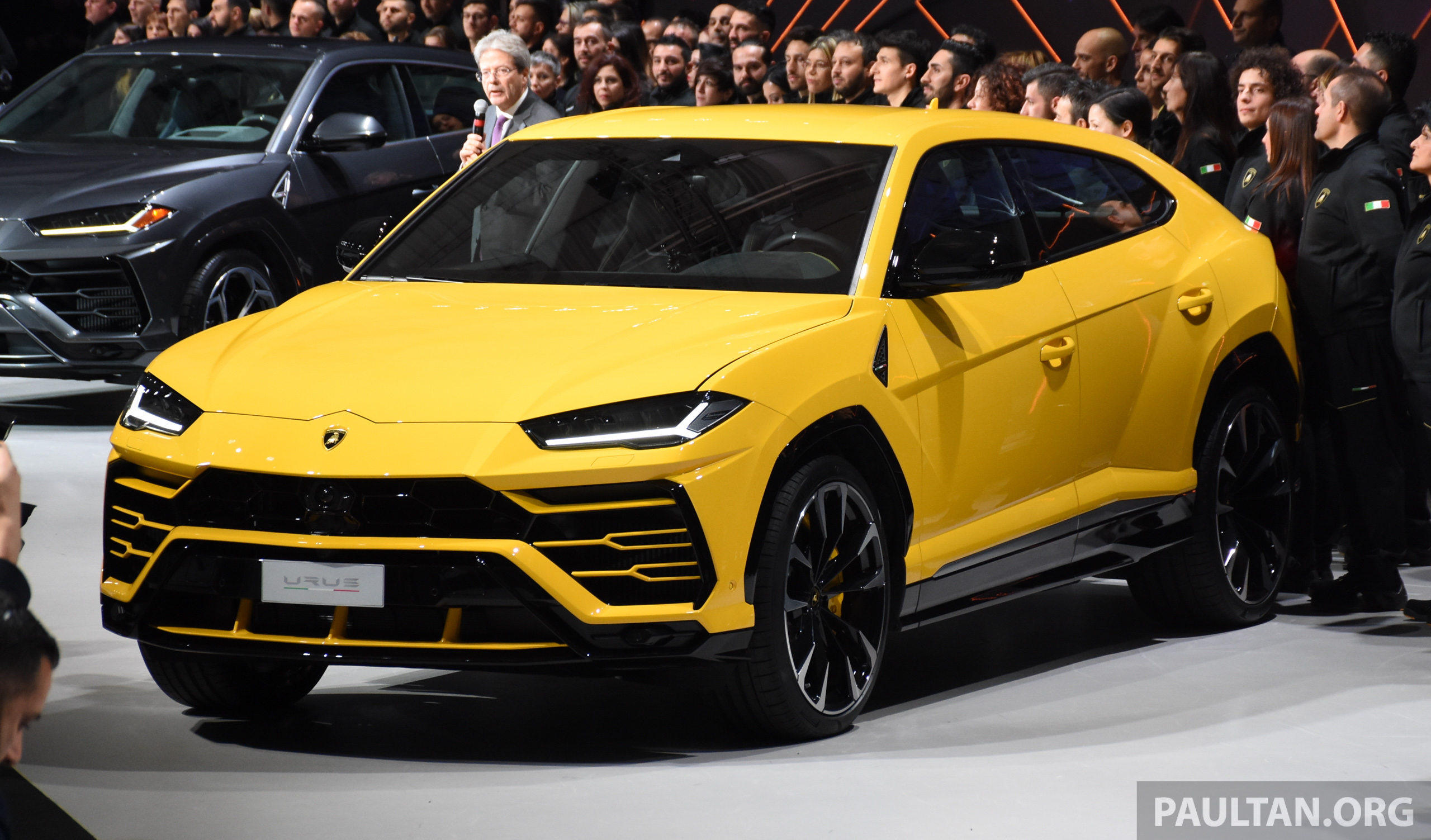 Lamborghini Makes a Splash with the Urus

When we hear the name Lamborghini, we normally think of powerful sports cars and not SUVs. In true Lamborghini style, the company has unveiled an SUV, the Urus that is unlike any other SUV. It is first such vehicle Lamborghini has made since the LM002 that was made mainly for military use and had debuted in 1986. The Urus was unveiled on December 4 at Lamborghini’s Sant’Agata Bolognese headquarters.

Terming the Urus a super-SUV as it is essentially a super-sports car in a different configuration, Lamborghini’s CEO, Stefano Domenicali said that the company decided into SUV territory after carefully taking into account the feedback it has received from customers.

Lamborghini capitalized on its brand name effectively to come up with the concept a truly luxurious SUV for the Urus. The company took into account the fact that very few Lamborghini owners use their vehicle on a daily basis, as they own other luxury SUVs. They buy a Lamborghini as they associate this brand with the pride of ownership and true luxury.

The Urus was conceptualized by Lamborghini’s former CEO, Stefan Winkelmann, who was responsible for turning around Lamborghini’s fortunes and it was he who decided to produce the vehicle in Italy rather than venturing into production abroad.

Instead of the naturally-aspirated 10- and 12-cylinder engines that other Lamborghini models are known for, the Urus will be the first turbocharged Lamborghini production model. It is powered by a 4.0-liter V8 engine that is paired with an eight-speed automatic transmission and conveys 650 horsepower and 627 pound-feet of torque to all four wheels. This power is enough to take the SUV from 0 to 60 mph in just 3.6 seconds, and to give it a top speed of 190 mph. When it comes to the interiors, there is plenty of room for four and a luxurious, suede-lined 616-litre boot with split-fold seats for flexible cargo options. Compared to most of its rivals in the SUV category, the Urus weighs only 2200 kg, due to the extensive use of carbon fiber reinforced polymer.

Right from the initial stage. The Urus was meant to be completely different from the LM002. The company took the risk of doubling its existing manufacturing footprint to make the Urus as it is a model that is expected to double Lamborghini’s sales, thus marking a significant milestone in its history.

The Urus design team depended heavily on virtual reality technology to visualize the size and shape of the expanded production facility to accommodate the Urus. The CO2-neutral plant was made in record time – an effort for which 3,600 employees from 600 companies came together. While the previously existing factory makes about 18 units of the Aventador and the Huracan daily, the extension that was made for the Urus is expected to make about 23 Urus vehicles every day – a highly difficult feat that is achieved only through the optimal combination of flexibility, digitalization, and man-machine interaction.

Every part of the production process is constantly monitored with advanced software like that used by Airbus to check for errors and to track progress and making an Urus takes one full day. The Urus comes with many options that are not available on Lamborghini’s coupes and roadsters like real wood trim on the dashboard and the door panels.

There is painstaking attention to detail when it comes to production of an Urus. The leather used for the vehicle is sourced only from cows which are native to either northern Europe or the Italian Alps as there are fewer mosquitos in those regions, and this means fewer mosquito bites and less blemishes on the leather. Every square inch of the leather is carefully screened to ensure it is worthy of the Lamborghini emblem and damage leather is recycled.

Every Urus is tested on a bench at about 85 mph to ensure that the V8 engine, the eight-speed automatic transmission, and the brakes perform as expected and only if they all meet Lamborghini’s rigorous standards, the company performs real road tests. The vehicle then undergoes the finishing stage, where highly-trained workers closely check the car to rectify any scratches and other blemishes that might have occurred during the production process or testing.

Lamborghini has ambitious plans to sell at least 7,000 cars in 2019. At the launch, Domencali said that the launch of the Urus marked a point of no return and a new beginning for the brand. He said, “In terms of growth, in terms of dimension, in terms of our brand’s presence in this sector of the automotive industry, it’s also a great challenge.”