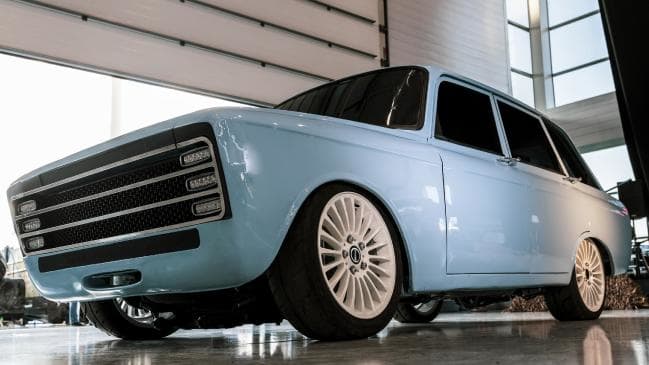 Kalashnikov might be known as the maker of the renowned AK-47 assault rifle, but the company is heading in a new direction by venturing into the field of electric vehicles. The company says that the electric car it is planning to make shortly will be good enough to compete with Tesla models. The company had debuted the car in Moscow. It used the shell of a 1970s soviet hatchback, the IZh Kombi for making the EV concept.

The exterior might have a classic look but internally the concept is powered by an electric drivetrain that is equipped with a 90kWh battery pack. Kalashnikov says that the battery pack gives the car a range of 345 kilometers and enough power to go from 0-100km/h in just six seconds.

The range of the CV-1 is similar to that of a Tesla Model 3 having a standard battery but is a lot less than the 500 kilometers of range that a Model 3 with dual-motors has.

According to a BBC report, Kalashnikov has said that the company’s car would come with a range of complex technologies that would “let us stand in the ranks of global electric car producers such as Tesla”. It did not however divulge any further details of these technologies. The windows of the CV-1 were blacked out. It seems that we will have to wait for a production version to know more about the Kalashnikov electric car. Another eye-catching Kalashnikov product that it prototype it launched recently at a defence expo in Russia was a Star Wars style walker which was about four meters tall.