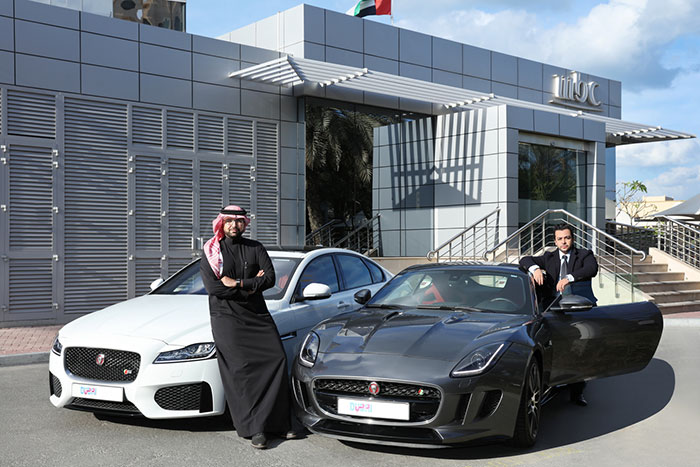 Jaguar Middle East and North Africa (MENA) has announced that it tied up with the leading regional music entertainment company Platinum Records to recognize and support the Arab music industry. The collaboration will be launched under Jaguar’s ‘The Art of Performance’ platform and will kick off in style with a star-studded gala that is set to be the grandest concert held by Platinum Records.

Jaguar MENA launched ‘The Art of Performance’ in 2015 as a regional communications platform to identify, recognise and celebrate all types of art, craftsmanship, creativity and performance from across various industries in the dynamic Middle East region. The partnership with Platinum Records is the second regional initiative under the platform following Jaguar’s recently launched ‘Forward Thinkers’ film series featuring inpiduals from across the region who are progressive inpiduals and entrepreneurs in their fields.

‘The Art of Performance’ is scheduled to be held later this month, and will be the biggest such event in Platinum Record’s history in terms of both audio-visual and technical production. It will be attended by many celebrities including leading Arab musicians, media stars, and the faces of MBC Group, which owns Platinum Records.

Commenting on the partnership, Head of Platinum Records Taymoor Marmarchi said: “This partnership with Jaguar Middle East and North Africa is testament to the support they are giving the Arab music scene, which we hope will continue into the future with upcoming Platinum Records activities.” The first event to be held as an outcome of the collaboration will be the gala “The Art of Performance” event which will be held soon. This will be the biggest such event in the history of Platinum Records and is set to reveal a number of surprises.

Audiences will get to be a part of the action as the event will be streamed live from the red carpet and they will get to see their favourite music stars as they make their entry and give interviews. Stars of Platinum Records including Ahlam and Mohammed Assaf will be performing at the event and the event will be capped by the announcement that a few of the biggest stars in region will be shortly joining the Platinum Records label.

Reinforcing the importance of the partnership between the two companies Salman Sultan, Press Media Relations and Social Media Manager at Jaguar Land Rover MENA, said that the company created ‘The Art of Performance’ in order to both acknowledge and promote performance which gets elevated into art in the region. Music is an integral part of Arab culture, inspiring passion in thousands of fans across the region. Jaguar’s partnership with Platinum Records will allow the company to support the Arab music scene in addition to inspiring the next generation of Arab musicians. This initiative is the first step in what is expected to a long-term partnership with Platinum Records, and the company expects to announce further initiatives in due course.