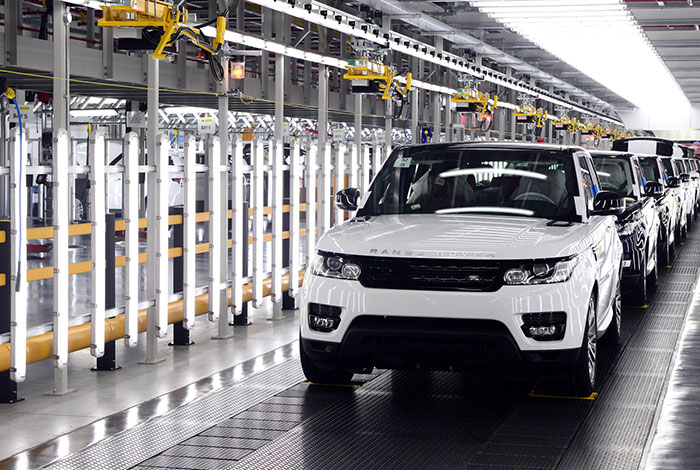 Jaguar Land Rover has confirmed that it is planning to build a USD 1.5 billion car factory in Slovakia. This will be one of the biggest foreign direct investment projects in Slovakia. Back in August this year, JLR had revealed its plan to build a factory with an annual output of 300,000 cars in the town of Nitra in the western part of Slovakia. This will support Jaguar Land Rover’s drive to ramp up its volumes and range of models. Last Friday, it confirmed that it has finalized the deal and work will begin on the plant next spring. The company which is owned by the Indian company, Tata Motors said that it expects to create about 2, 800 jobs as the plant is set up.

After signing the deal with the Slovak government in Bratislava, JLR CEO Ralf Speth said that the new plant will complement the company’s existing manufacturing units in India, Brazil, China and the UK and is its next step in its drive to expand its global business.

Slovakia has proved to be a popular choice as a manufacturing base for automakers with companies like Kia, Peugeot Citroen and Volkswagen setting up factories there and opting for the country in preference to other countries in the region due to its membership of the euro zone. Another reason that prompted JLR to pick Slovakia was the offer by the Slovak government of state aid to the tune of 130 million euros for the project. As the project is expected to create 2,800 jobs and lend an impetus to the economy in the surrounding area, this would helps Prime Minster Robert Fico to support an image of strong economic management in the runup to the elections in the country in March.

According to the Automotive Industry Association, the automotive industry accounts for 43 percent of Slovakia’s industrial output and 25 per cent of its exports, with the country churning out almost 1 million cars this year.

Economy Minister Vazil Hudak said that in addition to the jobs at the factory, the JLR factory would create 12,000 jobs in supplier industries. Once production begins at the plant, it is expected to add 0.8 percentage points to the economic growth next year.

Hudak said JLR would be investing 1.4 billion euros through 2021 in the first phase, when the annual capacity of the plant is expected to reach 150,000 cars. A further investment of 500 million in the second phase would raise the plant capacity to the maximum 300,000.

JLR has grown been growing at a rapid pace ever since its acquisition by Tata in 2008 but has suffered a few recent setbacks including a blast at the Tianjin port in China, which destroyed thousands of its cars, and a sharp decline in sales in China earlier in 2015. However, Speth remained unfazed by the setbacks saying there will be no changes in previous plans as China is still the biggest automotive market and growth targets continue to be the same.