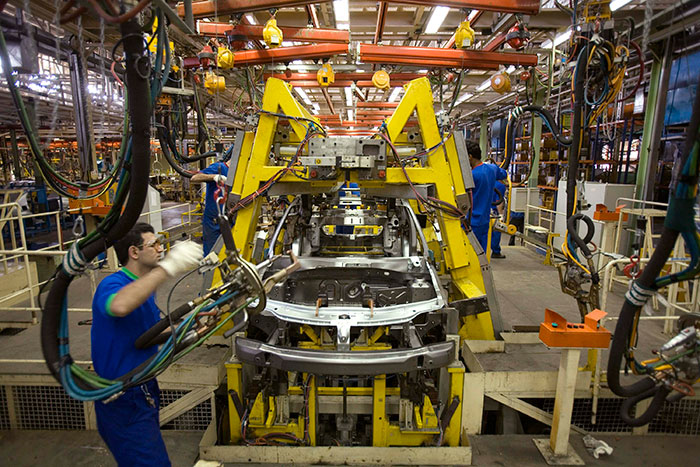 Oman will shortly get its first car manufacturing with a little help from well known Iranian company, Iran Khodro. The Iranian company has finalized a deal to set up a car factory in the Special Economic Zone of Duqm, Oman. It will involve a a capital outlay of USD 200 million and will be an Iranian-Omani joint venture. Issa Al Riyami, chairman of Al Riyami Automobile and Al Orkid Automobile, said that the share of OIF will have a 57 per cent share in the joint venture with Iran Khodro having a 20 er cent stake, Al Riyami Automobile holding 20 per cent and Al Orkid Automobile holding the balance 3 per cent.

Initially, the factory will make about 20,000 cars on an annual basis and they will be targeted at customers in Oman and neighboring countries in the Middle East and Africa. About 20 per cent of the cars will be sold locally while the balance 80 per cent will be exported.

Prior to the signing of the MOU to finalize the deal, the Oman Investment Fund conducted a preliminary study to assess the feasibility of the project. A detailed study will be conducted within the next three months about the brand and types of cars needed in these markets. The cars will be launched as a new brand with support from Iran Khodro. It will take years for factories producing ancillary products such as batteries, brake pads and glass to be set up and come into production. Hence, the factory will initially just have an assembly line to assemble cars from CKD (Completely Knocked Down) kits but will later develop into a complete manufacturing facility.