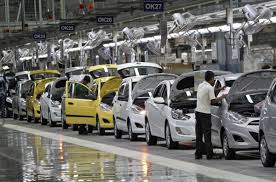 The outlook for the automotive sector in India appears to be quite bright with the company overtaking Germany to become the fourth-largest market for passenger vehicles on a global basis, based on the figures for January and February of 2018. This achievement was driven by growth in sales of cars and SUVs, with sales amounting to 5,60,806 units in the first two months of 2018, while the delivery f such vehicles amounted to 5,31,100 units in Germany. India thus became the fourth largest market after China, US and Japan with Germany, Brazil and France coming fifth, sixth and seventh respectively.

While the Chinese market continues to be driven by high demand with sale of almost 4 million units in January and February 2018, the US and Japanese markets are contracting at a significant rate with sales of 8,18,882 units and 7,41,385 respectively.

The automotive industry body in Germany, VDA had predicted earlier this year that sales figures would dip by 2 per cent with sales estimated to shrink by 2 per cent from 3.4-million units sales in 2018. In Inida, on the other hand, sales are expected to increase by 10 per cent during the same period and are likely to reach
3.6 million units by the end of 2018. Of the top four markets, India is the only one that is on the growth track and is expected to experience a sharp increase in sales as even China was flat in the first two months of 2018.