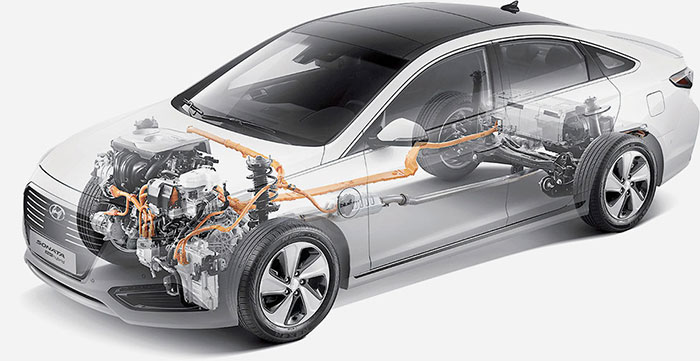 Hyundai Motor Company and its affiliate Kia Motors Corporation have revealed that they will seek to champion eco-friendly vehicles in the wake of global norms becoming more stringent regarding fuel economy and emissions.

Hyundai Motor Group Chairman Chung Mong-koo, presided over a meeting of executives heading overseas offices, and directed them to expand production and sales of such vehicles on a global basis. Hyundai will be shortly launching its Ioniq gasoline-electric hybrid in the US and Europe, after it was launched at the retail level in South Korea this January. Kia will be selling its Niro hybrid in the US, Europe and China.

Chung’s initiative to focus on eco-friendly vehicles comes in the wake of Tesla’s announcement that it is planning to foray into the South Korean market. Currently less than 1 per cent of 21 million vehicles in the country can be considered as environment-friendly. With greater pressure to global norms regarding carbondioxide emissions and fuel economy, many automotive manufacturers including Toyota Motor Corp. are expanding their line-up of alternative-energy vehicles.

Hyundai has said that 28 eco-friendly vehicles comprising electric cars and hybrids will be launched in the Hyundai and Kia ranges by 2020.

The auto manufacturer will expedite the global launch of its high-end brand, Genesis. Like Toyota had positioned Lexus and Nissan its Infiniti pision, Hyundai had spun off its luxury pision as a separate brand in order to strengthen its position in the luxury segment.

Hyundai is set to launch the G80 mid-sized sedan and the bigger G90 sedan in the United States within this year, while it will debut the G90 in the Middle East.