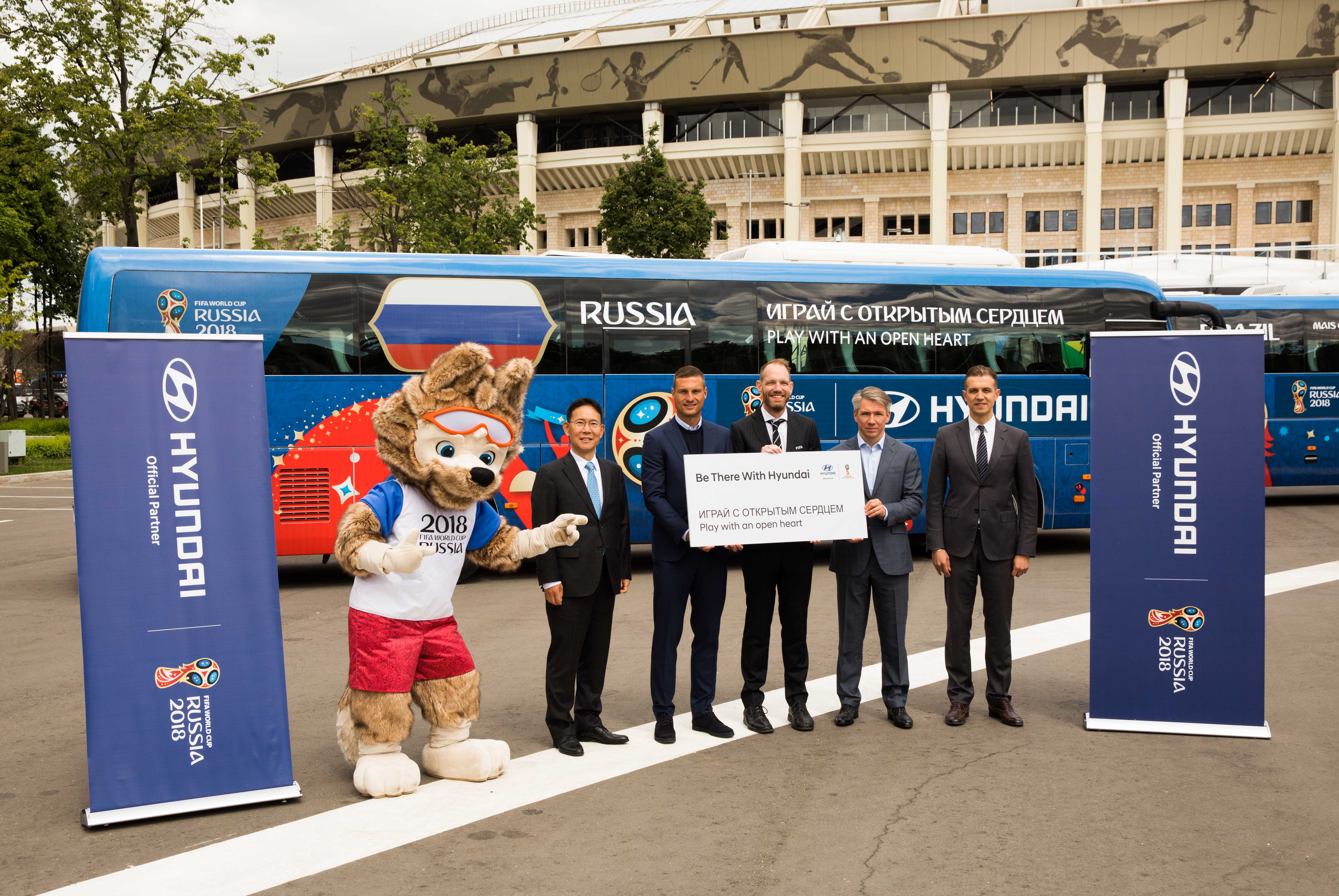 Hyundai Motor has supplied 530 vehicles to assist with the streamlined running of the 2018 FIFA World Cup Russia. The handover of the sizable fleet of vehicles took place on May 31 at the Luzhniki Stadium in Moscow, further reinforcing the strong and lasting partnership between Hyundai Motor and FIFA just before the world’s biggest sporting tournament begins.

The FIFA World Cup™ will start on June 14 2018, with 32 national teams vying for a coveted place in the prestigious final, to be held in Moscow on July 15.

When it comes to organizing and running an event of this scale, transportation plays a key role. As the Official Automotive Partner to FIFA, Hyundai Motor has supplied a fleet of 530 vehicles including its Santa Fe, Tucson, and H-1 (Starex) models for the purpose of transporting the national football teams, referees, officials and delegates during the international tournament.

Commenting on the partnership, Minsoo Kim, Vice President of Hyundai Motor’s Marketing Division said that the company was proud to partner again with FIFA for the 2018 FIFA World Cup, which is billed as the biggest international sporting tournament in the world. As the FIFA World Cup’s Official Automotive Partner sponsor, he reiterated Hyundai’s commitment to helping the organizers of the event to running a streamlined event, just like Hyundai cares for its customers by providing them with special and rewarding Hyundai ownership experiences across the world.

Jean-François Pathy, FIFA Director of Marketing Services said that Hyundai Motor has been FIFA’s Official Partner from 1999 and went on to express his gratitude for Hyundai’s support in supplying FIFA with a quality fleet to assist with this year event.

Pathy added, “Hyundai Motor hold an important role in the operational success of our events. Their vehicles will ensure a smooth operation of the event, enabling us to transport players, media and officials throughout the tournament. Both FIFA and Hyundai Motor share a passion for football and we are ready to deliver the excitement of the beautiful game to fans around the globe.”

Hyundai Motor also used the handover ceremony to unveil the 2018 FIFA World Cup national team’s buses with team slogans. The slogan for each team was selected as part of an international competition from approximately 160,000 submissions submitted by football fans across the world. The winning entries were then selected on the basis of over 3.45 million votes from global football fans through the ‘Be There With Hyundai’ program. In a once-in-a-life-time-experience, the 32 slogan winners of the slogan contest will be able to watch their national team’s match live, and will also be able to enjoy riding on their national team’s bus convoy on match day.

Besides supplying this large fleet of vehicles for the event, Hyundai is also conducting a number of fan engagement initiatives throughout the tournament.

In order to encourage football fans across the world to enjoy the FIFA World Cup, Hyundai will team up with FIFA to deliver the ‘FIFA World Cup Predictor’, a match score prediction for each game of the tournament, and the ‘Hyundai Goal of the Tournament’, FIFA World Cup’s best goal program. As part of the partnership with the most exciting football event in the world, Hyundai will invite its global customers, who have won FIFA World Cup tickets from its ‘Fortune Drive to Russia’ contest, a global test drive event which held in over 50 countries, into Russia.