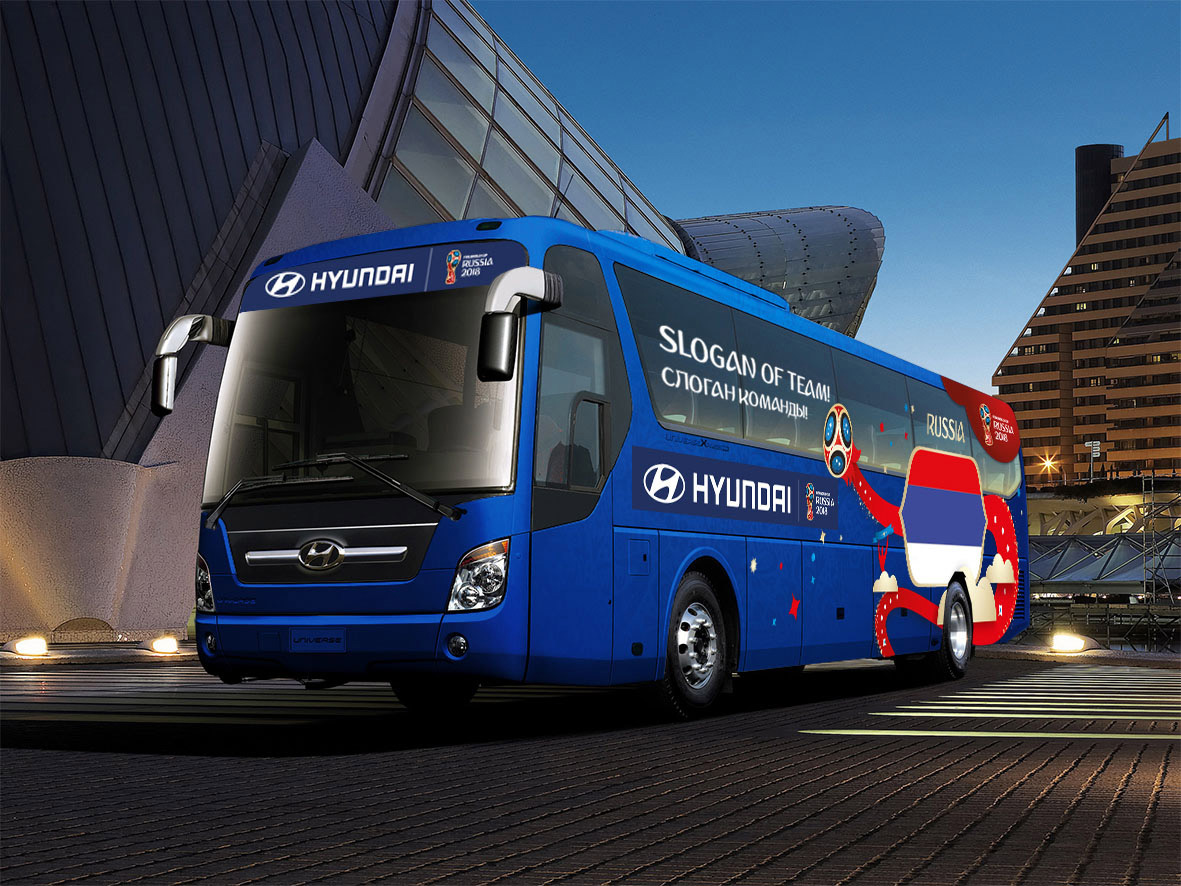 The campaign will run from December 5, 2017 to February 28, 2018. In April, the company will select three finalists for each team slogan and there will be a fresh round of online voting to determine the winning slogans for each national team.

These winning slogans will be displayed prominently on each of the 2018 FIFA World Cup national team buses which will be used for transporting the team members to and from World Cup matches. The fans who come up with the winning slogans will win an exclusive Team Bus Convoy vehicle experience for two. Each winner and guest will get tickets to Russia, and they will be able to ride in an official Hyundai convoy vehicle accompanying the team bus convoy to watch the team compete in a selected 2018 FIFA World Cup match.

“The ‘Be There With Hyundai’ slogan challenge is our way of giving something back to our customers,” said Hyundai’s Head of Operations for Africa and the Middle East, Mike Song. He added that Hyundai’s aim is to foster a culture of creativity and originality. He said that the company is waiting to hear what slogans the fans come up with.

Scott Noh, head of Hyundai Motor’s Brand Strategy Group said that the company was thrilled to invite 32 true football fans as its guests at the 2018 FIFA World Cup Russia with the slogan competition “Be There With Hyundai,”. Hyundai is the FIFA World Cup’s official automotive sponsor. Additional details of the contest are available to football fans through the official website (www.fifa.com/betherewithhyundai).