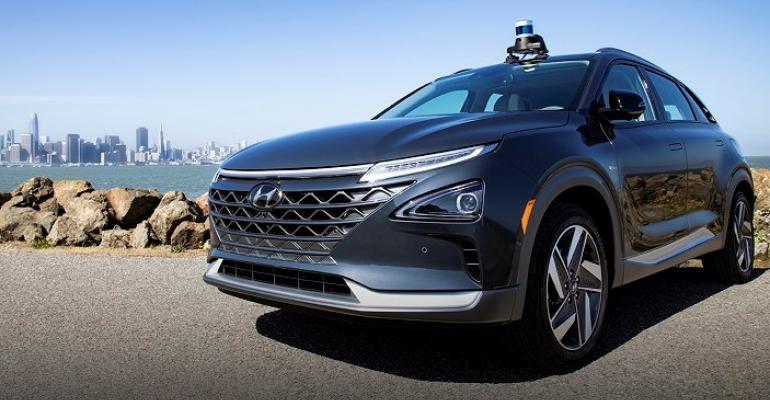 Hyundai Motor Group has entered into a new joint venture with Aptiv for the development of autonomous vehicle technologies. Aptiv, which specializes in the manufacture of vehicle components and provides technology for self-driving cars, was earlier known as Delphi Automotive, which was then spun off into two companies – Aptiv and Delphi Technologies in 2017.

As part of the agreement between the two companies, Hyundai will invest USD 1.6 billion in the joint venture company. This is the biggest such overseas investment that Hyundai has made in order to catch up with its competitors with regard to autonomous vehicle technology.

Due to the huge financial and technical costs associated with the development of autonomous vehicle technologies, many leading car manufacturers are entering into alliances. While other leading car companies like Ford and General Motors have made significant advances in this field, Hyundai has lagged behind its rivals and is now seeking to redress its lack of investment in new technologies for electrified and autonomous vehicles.
The Hyundai Group and Aptiv said in a joint statement that they issued that Hyundai Motor, Kia Motors and Hyundai Mobis will together be contributing USD 1.6 billion in cash and USD 400 million in research and development resources, with the total value of the joint venture being USD 4 billion.

Aptiv, which is based in Dublin will have a 50 percent stake in the joint venture, and will bring to the new company its expertise in autonomous driving technology, intellectual property, and approximately 700 employees who will be involved in the development of scalable autonomous driving solutions.

Aptiv Chief Executive Kevin Clark and Hyundai Executive Vice Chairman Euisun Chung held a joint interview in which they made it clear that there were no plans at this juncture for the joint venture to be involved in provision of ride-hailing, data or network services of its own.

The company would instead focus on development and testing of fully driverless systems by 2020 and ensuring that a production-ready autonomous driving platform available for robotaxi providers, fleet operators and automakers in 2022.

Chung said during the interview that while Uber is developing its own technology, the new technology that Hyundai would be developing in association with Uber could be potentially better and Uber might potentially become Hyundai’s customers. Hyundai’s plan is to commercialize its own autonomous vehicles by 2024. While the alliance would initially be developing self-driving technology for passenger vehicles, ultimately Hyundai is hoping that the Aptiv partnership could help Hyundai to speed up automation for commercial vehicles like long-haul trucks.

According to the senior executives, the technology that the new company develops would be tested and developed across Asia, Europe and the United States in order to customize the products for key markets.

The new joint venture will be based in Boston, and would have technology centers across the United States and Asia.

Hyundai Motor had said in February this year that it would invest 14.7 trillion won (USD 12.3 billion) in future technologies like self-driving, connectivity and car-sharing areas by 2023.