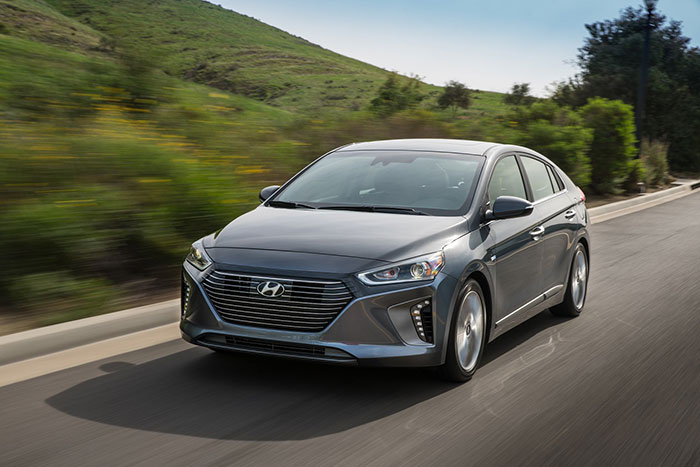 Hyundai has confirmed that its path-breaking IONIQ range of alternative-fuel vehicles will reach the Middle East retail market before end of 2016, after it is launched at the global level in July.

The IONIQ made its global debut at the Geneva Motor Show in March, and is the first Hyundai production model that has been designed from scratch as a platform for alternative drivetrains. It is the first vehicle model whose architecture can accommodate as many as three drivetrains for vehicles powered by alternative fuel options including full electric, hybrid and plug-in hybrid.

Hyundai is planning to begin deliveries of the hybrid and full electric versions of the IONIQ in selected countries from the MEA region in the second half of 2016, especially in the GCC. The hybrid model will be the main focus of the marketing drive.

Commenting on the launch of the IONIQ in the region, Mike Song, Head of Operations for Hyundai Africa and Middle East said that though it is still unclear which alternative fuel option is likely to be the most preferred option in the future, in view of diminishing oil reserves, there is now little doubt that alternative fuels will power the cars of the future. Electric cars offer the cleanest and most efficient alternative but the industry has not yet solved the conundrum of coming up an easy method to generate and store the energy needed for electric motors?

He added, “The IONIQ is the first car to recognize that there is more than one way forward. It offers a selection of three proven technologies to meet the needs of different customers and markets, rather than pushing consumers towards a single design.”

Both hybrid IONIQs are fitted with Hyundai’s 1.6 liter Kappa GDI petrol engine, that has been customized to work as a hybrid engine. In the full hybrid version, the petrol engine is paired with a 32 kW electric motor, and the two work in tandem to deliver a combined 103.6 kW of power and up to 265 Nm of torque. The 1.56 kWh lithium-ion-polymer battery fitted under the rears seats facilitates pure electric driving and delivers instant torque. The targeted CO2 emissions level is 79 g/km for the full hybrid.

The full electric model lacks a petrol engine, and instead is fitted with a 28 kWh battery that provides an estimated range of 250km before it needs to be recharged. While the power output is lower than that for the hybrids at 88 kW, the torque is higher at 295 Nm. From the emissions standpoint, they are zero at the tailpipe, and the overall figure depends on the electricity supply used for recharging.

Full electric batteries can be recharged using a standard household socket. Hyundai has also developed and launched a fast charger that in a short time of just 20 minutes can top up the battery to 80 per cent levels.

Mike Song said that in the GCC, there is a considerably high level of support from the government level for motorists to use electric vehicles, and this forms part of the wider effort in the region to reduce reliance on non renewable sources of energy. The use of full electric vehicles will complement the investments made in solar power, and using solar energy to recharge electric vehicles during the daytime can result in true zero-emissions motoring.

The IONIQ is Hyundai’s drive to offer customers the option of alternative fuels for their daily ride. Other models that are part of the company’s portfolio of such cars include the Sonata Hybrid, which has been available in a few selected markets from 2011, and the Tucson Fuel Cell, which was the first mass-production vehicle in the world to use a hydrogen fuel cell for energy storage.