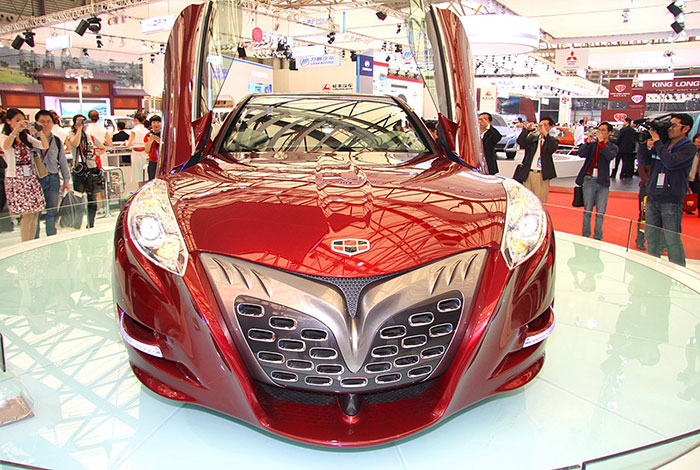 Award winning Chinese car manufacturer, Geely, forayed into the UAE market in July 2015, and has made considerable progress since its launch. The company has appointed Union Motors, a subsidiary of the UAE-headquartered MAN Investments as its exclusive distributor in the country. Geely has already become the top Chinese auto brand in the GCC based on its seven star service philosophy.

Geely was established in 1986 by the Chinese entrepreneur Li Shufu and is one of the few automotive companies that is not state owned. It is a relatively newcomer on the automotive scene but gained momentum with the acquisition of Swedish car maker Volvo and of the London Taxi Company. It has over 1,000 dealers and service stations across mainland China. At the global level, the company has a network of 540 showrooms and service centers spread across 43 countries.

In spite of the weakening auto market in China, Geely has managed to maintain positive sales returns on the basis of its commitment to manufacturing efficiency, product innovation, breakthrough technologies and thanks to an expanding portfolio of highly popular models.

Raymond Ma, Group General Manager Automotive at Union Motors, the exclusive dealership for Geely in the UAE, said: “This young, vibrant brand is a breath of fresh air in the UAE market. Geely’s mission is to ‘make refined cars for everyone’. At the heart of this mission, it strives to develop cars with innovative safety features, leading the way in technology, design, and quality. Geely’s range brings excitement, high technology, reliability and safety.”

He added that with three dealership outlets for Geely and a wide network of service centers and workshops, Union Motors is expecting to draw significant interest in Geely vehicles backed by the the brand’s reputation for quality, value and outstanding service.

Gelly will be shortly launching the 2016 China Car of the Year, the Emgrand GT model in the UAE. It is a four-door ‘fastback’ sedan with an aggressive profile and an attractive price tag of AED 59,995.

Right from the design stage to production, all Geely models follow European standards and fully utilize global technological resources. WiFi hotspot connectivity and Mirrorlink connectivity which allows passengers to share their phone screen onto the vehicle’s central console are offered as options. As an outcome of a recent deal with Apple, future Geely models will provide motorists with all of Apple’s leading services directly into the center of all future vehicle consoles just like those available to iPad and iPhone users and the introduction of CarPlay system will make it possible for Geely owners to interact with Siri and give them access to their favo

On the sustainability front, Geely is also working on development of models with zero emissions, hybrid and electric vehicles. Under the name ‘Blue Geely’, it plans to replace its entire line up with environmentally sound vehicles by 2020. Under this initiative, Geely will save 4.2 million tonnes of oil and reduce CO2 emissions by three million tonnes when compared to traditional vehicle sales over the same period.