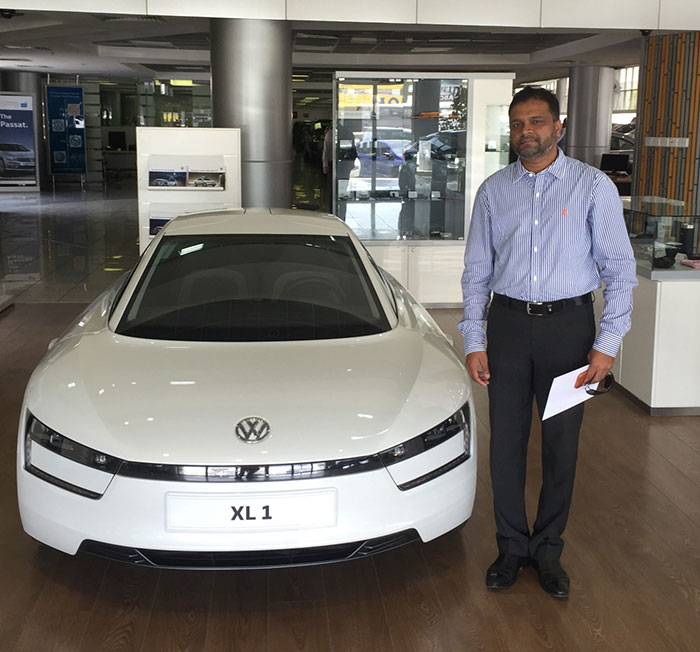 Al Nabooda Automobiles, the authorized dealer for Volkswagen vehicles in Dubai and the northern emirates rewarded four parents from Dubai, Sharjah and Fujairah with an amount equivalent to the fees for one school semester. The parents had participated in a test drive raffle that was held to promote the Volkswagen Passat in malls across the Dubai and the Northern Emirates.

One of the winners, Mohammed Farook, won AED 20, 000, which would cover one semester’s fees for his son, who attends Delhi Private School. He commended Al Nabooda Automobiles for coming up with a scheme which involved investing in the education of children and went on to thank Volkswagen for the opportunity.

Another prize that was on offer was a voucher for AED 3,000 for the Passat for those who participated in a survey done at the stands.

Speaking about the contest, Thierry Seys, General Manager, Al Nabooda Automobiles, Volkswagen said that it was the coming up with such a prize was meant to give something back to the community in a meaningful way. It was the first time that such a competition was held for Volkswagen in the region. For many parents, school fees is a heavy burden and this was definitely an initiative in the right direction.