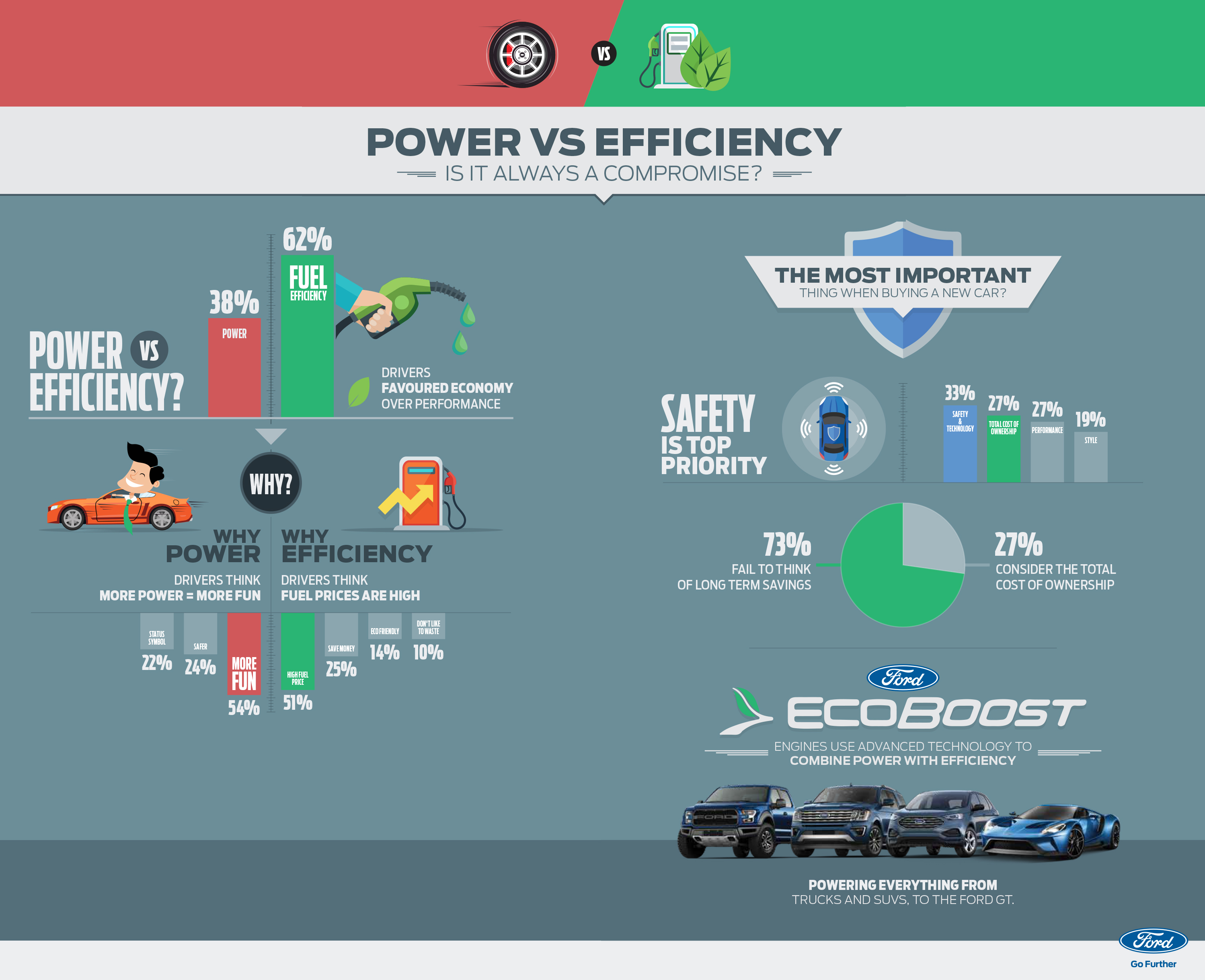 Ford Survey Reveals Drivers Want the Best of Both Worlds

Ford Middle East recently conducted a Twitter survey which revealed that over 60 per cent of consumers in the Middle East consumers feel that fuel efficiency is more important than power when they purchase a new car.

The survey covered thousands of people in eight countries across the Middle East and Levant and was the first such consumer-oriented research Ford has conducted using its social media channels.

Commenting on the survey, Crystal Worthem, Ford Middle East & Africa’s director of Marketing said that the company conducted the survey to learn more about the factors that influence consumers’ decisions when they look for a new car. It has now become clear that consumers have now begun to focus more on new, cost-effective engines which can deliver both power and fuel efficiency.

When they were asked about the reasons why fuel efficiency was important to them, over 50 per cent of respondents attributed their focus on fuel efficiency to their concern about high fuel prices. Other reasons they gave included a desire to save money (25 per cent), and an interest in being more environmentally friendly (15 per cent).

Though most motorists who took the survey were conserved about fuel prices, relatively few were aware of long term strategies for saving fuel. Only 27 per cent of those who participated in the survey said that they took into account the total cost of ownership – including fuel costs – when purchasing a new car, while the largest proportion (33 per cent) rate of the respondents were more concerned about safety and technology features.

The drivers in the region want to their cake and eat it too as about 20 per cent of all respondents said performance was a factor when it came to their purchase decision. Asked about the reasons why they preferred a powerful car, most drivers (54 per cent) said that powerful cars were fun to drive, were safer (24 per cent) and were a status symbol (22 per cent).

“These insights tell us that today’s consumers are more sophisticated than ever,” added Worthem. “They expect their vehicle to provide excellent fuel economy without compromising the performance they need.”

It is this desire by motorists to have the best of both worlds that led to the development of the EcoBoost family of engines. From 2009, EcoBoost engines have won as many as 10 International Engine of the Year awards including the 2012 Best New Engine, the 2012-2014 Engine of the Year and six consecutive class victories for the 1.0-litre EcoBoost three cylinder turbo engine.

Worthem said that EcoBoost provides motorists with both the power and the fuel efficiency they need. When models with EcoBoost engines are driven efficiently, owners can save on fuel costs throughout the year. It also provides them with access to turbo technology when they need an extra shot of acceleration or power.

What is EcoBoost?
Earlier, you could have either power or efficiency, but not both. Now, thanks to Ford’s EcoBoost technology, drivers can have the best of both worlds awhile using less fuel.

Ford’s award-winning EcoBoost engines power a wide range of models in the current Ford range, including utility vehicles like the Edge, Explorer, Expedition, F-150, and performance models like the popular F-150 Raptor, Mustang muscle cars and the Le Mans-winning racing cars, like the Ford GT.