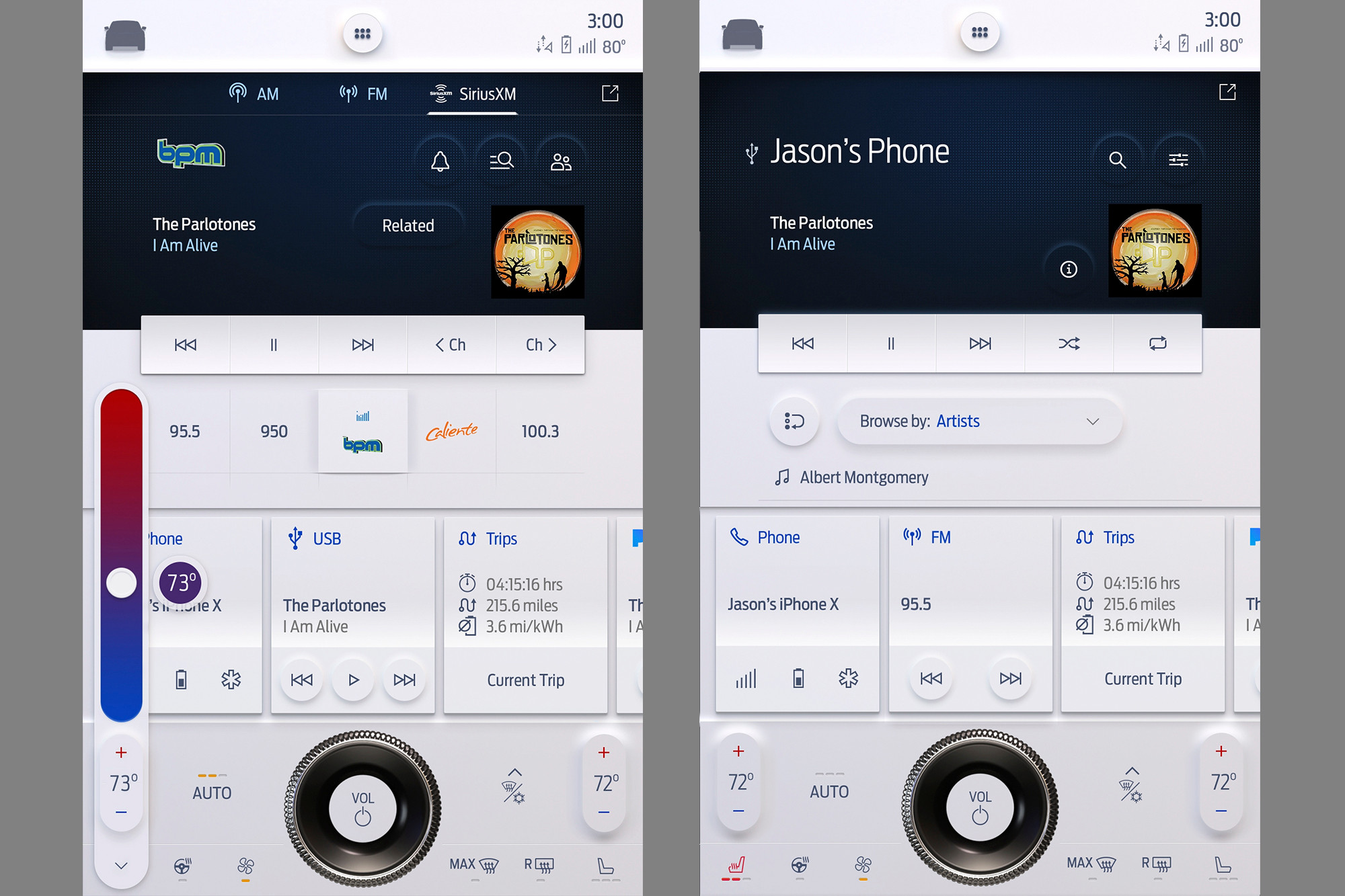 Ford has launched the latest version of its infotainment software, Sync 4. Sync4 will be seen in 2020 model vehicles though Ford has not yet disclosed which models would have the new software and the specifics of the timeline.

According to Ford, Sync 4 has greater capability when compared to Sync 3 as it offers twice its computing power. The graphic interface has been thoroughly refreshed and it should function in a faster and smoother manner. The initial images and video demos seem to indicate that Sync 4 is a lot more polished than Sync 3.

Ford also designed the Sync 4 to be more suitable for larger screen sizes. The software has been optimized for screens that range in size from 8 inches to 15.5 inches in size.

With Ford planning to use screens that are remarkably large, the company has also developed multitasking tools to display more than one thing on the screen at one time. According to Ford, the 12-inch screens can be split into two windows (one larger and one smaller window) so that both the navigation and audio can be displayed simultaneously. The 15.5-inch screens will allow the driver to use the “Adaptive Dash Cards” mode, which will allow the motorist to keep tabs on multiple menus.

The other big advantage that Sync 4 offers is its cloud connection capability. An electric Ford model, for example, will need to have the capability to connect to infrastructure to find out about the availability of electric car chargers in the neighborhood. The software will also be able to understand conversational requests like “Find me the best Thai restaurant” and respond to them accurately. It also features machine learning, so it will learn the driver’s routines and habits.

In the event that the customer decides not to opt for the native Ford software, he can use Wireless Apple CarPlay and wireless Android Auto to connect to his smartphone device. Thus, Ford has joined the ranks of leading car manufacturers like Audi and BMW to offer customers such an option.

Ford has also announced that most of the revamped models which will be launched in 2020 will have the capability to support over-the-air updates. Ford said that the vehicles will be able to wirelessly upgrade with regard to “quality, capability and convenience updates.” The update will be done in the background and the current software will run until the new version is ready to be activated.