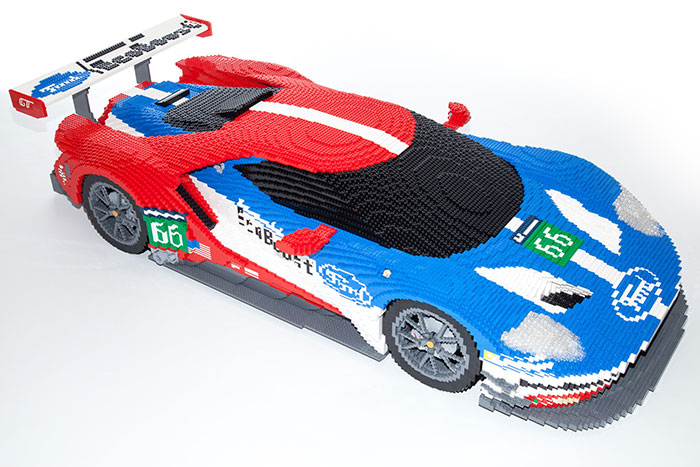 The Le Mans 24 Hours race, which is part of the FIA World Endurance Championship is the oldest active endurance race in the world and has been held every year from 1923. 50 years ago, Ford scored a legendary 1-2-3 win in the historic race in the classic Ford GT40. In this year’s race, Ford debuted its new GT racer. The Detroit manufacturer was the cynosure of all eyes at the endurance race with Lego models of both the classic Ford GT40 and its new GT racer.

Master Lego modeler Pascal Lenhard painstakingly replicated both models down to the tiniest detail including the different sponsors, their liveries and the badging. The model of the new racer even comes with its distinctive rear diffuser and a faux LCD position screen.

Both models, which are about a third the size of the real cars were on display at Circuit de la Sarthe, in France on 18-19 June alongside the classic Ford GT40. In spite of the level of detail involved, Lenhard took only three weeks to build the models, which used about 40,000 Lego blocks.