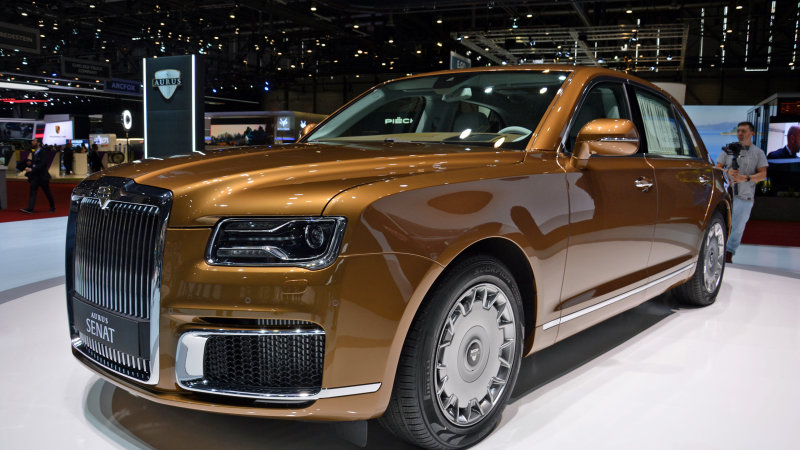 Aurus, the company that made the Senat limousine for Russian president, Vladimir Putin has revealed that the civilian variant of his limousine is now available for sale. It is definitely not cheap, with a price tag of USD 274, 000 (18 million rubles). Those who are in the market for a limousine will probably not find this price to be too steep. The company, which is owned by the Russian government, has revealed plans to sell the car to the general public in select markets across the globe.

The company’s first Aurus showroom is in Moscow and as of now, only one model, a shorter version of the limousine that Putin uses is available. Aurus is expecting keen interest in the vehicle from customers who are outside Russia as well, according to an interview that the company’s CEO Adil Shirinov gave to Reuters. The current plan is to open a showroom in China by 2020 or 2021, and also venture into the Middle East, European and North African markets.

Those who are willing to pay USD 274,000 for the vehicle will get a grand limousine that serves as the successor to the ZiL models that were used by heads of state and eminent dignitaries in the Soviet Union for many years. The new model will be powered by a twin-turbocharged, 4.4-liter V8 engine that has been tuned to have an output of 600 horsepower. Eventually, the company is planning to add two more engine options – an 800-horsepower V12 and a 2.2-liter four-cylinder that will be turbocharged to 245 horsepower.

There are also plans to add a minivan and an SUV called Komendant to the company’s range. It is expected that the Komedant will be revealed to the public at the 2020 Moscow Auto Show. Aurus plans to add more variants of the Senat, which might include hybrid or electric versions to its range by 2025.