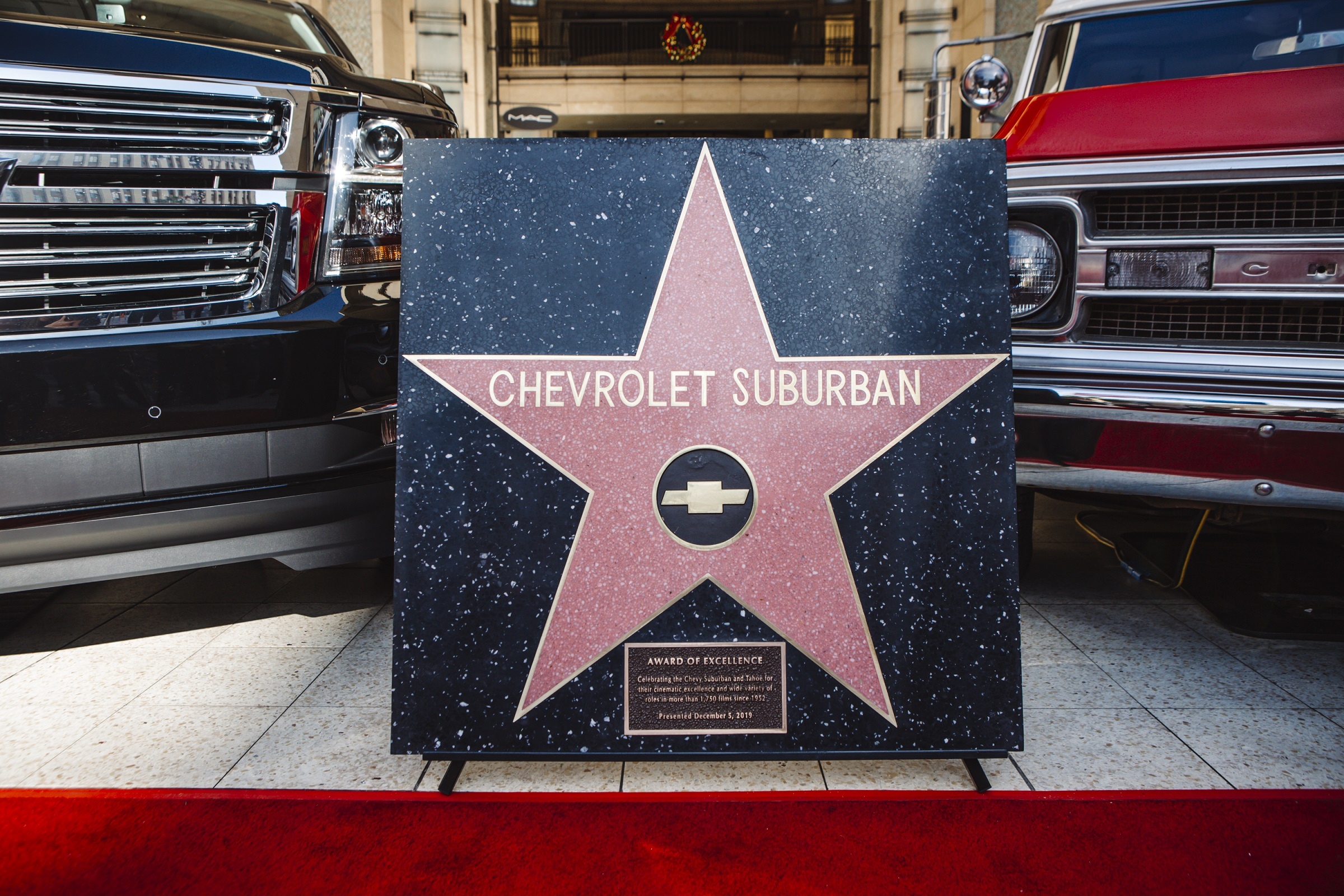 The Chevrolet Suburban is the first vehicle ever to earn an Award of Excellence star at Hollywood & Highland. The star was presented by the Hollywood Chamber of Commerce, and was unveiled at the ceremony held on Hollywood Boulevard. The model earned the award in recognition of the contribution it has made over the past 67 years to the film and television industry in Hollywood.
Commenting on the honor, Rana Ghadban, President and CEO of the Hollywood Chamber of Commerce said that over the past six decades, the Chevrolet Suburban has been Hollywood’s longest-working actor. This has been proved through appearances in classic feature films and on famous television shows. The Chevrolet Tahoe has also made an impact in movies and on television and both models have joined the renowned group of actors and characters who are termed as Hollywood legends.

During the course of its career in Hollywood, the Suburban has enacted a diverse range of roles including those of a hero and a villain, thus proving to be the ultimate character actor.
Dennis McCarthy, Hollywood Picture Car Coordinator attributed the star that the Chevy Suburban earned to two reasons. The first is that it is one of the most versatile vehicles ever, thanks to its suitability to fit with any type of character. Secondly, it can instantly help give a scene added importance. As he chose to term it, “When a convoy of black Suburbans appears on screen, you know that’s not the time to leave your seat to buy popcorn.”

When the Chevrolet Suburban’s track record is combined with that of the Chevy Tahoe, the filmography is even more impressive. Together, the two models have featured in over 2,500 films and television shows. After the Tahoe made its debut in 1995, it has appeared in at least one film and television show every year.

According to Tim Kozub, design manager for Chevrolet Suburban and Tahoe, the on-screen persona of both models had a tremendous impact on the all-new Suburban and Tahoe, which will soon be available to customers.
Kozub said that the two models are an excellent example of how life and art influence each other.

He concluded, “The popularity of Suburban and Tahoe in film was first inspired by the real-life roles they played in the military, in law enforcement and family trips around the world. Today, their role in Hollywood inspired the design of the all-new models – as we integrated the sense of capability, action, and importance associated with Suburban and Tahoe on screen.”