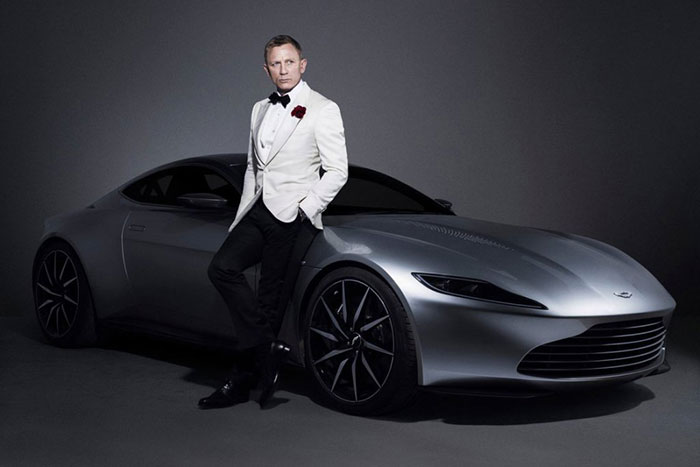 Car Driven by Bond in Spectre up for Auction at Christies

If you have always wanted to drive a car that was driven by Bond in a movie, here is your chance to do so. One of the ten Aston Martin DB10s that were used for filming the most recent Bond movie, Spectre is up for auction at the renowned London auction house, Christies. The DB10 model is the first car that was exclusively designed by Aston Martin for the James Bond series and is not a production model. The auction that will be held on 18th February will raise funds for the well known charity, Médecins Sans Frontières.

The auction of the DB 10 and 23 other items related to the movie will mark the release of the 24th movie in the Blu-ray, DVD and Digital HD formats.

Aston Martin has a longstanding association with the James Bond franchise dating back to the iconic DB5. The DB10 gives a preview of the future design direction of the brand and the bespoke sports car was built by hand by a special team consisting of engineers, designers and artisan craftsmen at the company’s headquarters in Gaydon, UK.

As part of the painstaking procedure of examination and authentication, the DB10 has undergone a digital scan which has been verified and held in a secure archive for future reference.

The DB10’s most notable features are its 4.7-liter V8 petrol engine, six-speed manual gearbox, all carbon fiber exterior, and an interior that has been carefully crafted from the finest leathers, aluminum and carbon fiber. It comes with an estimated top speed of around 190 mph.

Of the 10 DB 10s that were used for filming, 8 were modified for filming the movie. The car that is up for auction is one of the two models that were used for display purposes and remained unmodified. It was this car that took centerstage at Spectre’s world premiere at the Royal Albert Hall in London. The winner of the auction will be the only one to own a car that has been signed by Bond himself, Daniel Craig.