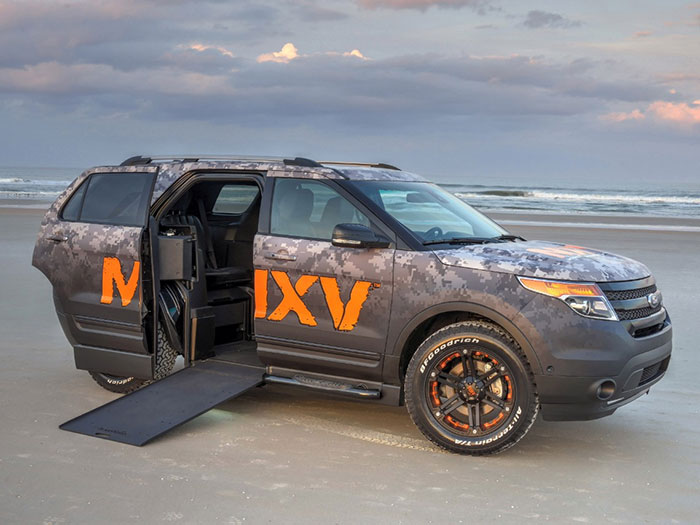 BraunAbility is pioneering a revolution in the market for access-enabled vehicles by introducing a sports utility vehicle that is set to change the way people in wheelchairs drive.

For over sixty-two years, American mobility company BraunAbility has been a leading manufacturer of automobiles for differently-abled people. The company introduces the BraunAbility MXV, the next wheelchair-accessible SUV using the Ford Explorer as the basis for the vehicle. Combining the Ford Explorer’s proven two-and-a-half decade run as the most successful SUV in the United States and BraunAbility’s longstanding expertise in accessibility and transport technologies, the BraunAbility MXV has the distinction of being the first mass-produced SUV with access for wheelchair users.

BraunAbility is the brainchild of the late Ralph Braun, an inventor who suffered from spinal muscular atrophy for nearly 60 years, a condition that rendered him immobile from the age of 15 but did not quench his spirit. Over the course of a life that extended 73 years, Braun invented the first electric scooter, wheelchair lift for cars, and a steering control column for disabled drivers. Initially designed to address the challenges of personal mobility, his products and vision grew to include solutions that would making driving easier and improve vehicle accessibility for the disabled. In 2012, a year before his death, Braun was honored as a Champion of Change for his work in the field of science, technology, and engineering to benefit people with disabilities.

The new SUV that is based on the Ford Explorer was designed and manufactured in-house at the company’s headquarters and production facility in Winamac, Indiana. The BraunAbility MXV boasts a stunning range of accessibility features including an illuminated and powered floor ramp, detachable seats, and a specialized interior design to improve wheelchair maneuverability. In a press release, Nick Gutwein, the President and Chief Executive Officer of BraunAbility stated that the Ford Explorer aligned with company’s goals of creating a vehicle that offered “personifies freedom and independence”.

Other key features of the re-engineered Ford Explorer MXV include a higher 54-inch door and a 28-inch ramp width as well as a spacious 56-inch tall cabin. BraunAbility focuses on maximizing space inside the SUV by removing the middle-row seat, modifying the shifter to slide, and altering the design of the seat base. An optional towing accessories package and a custom key fob that features ramp and door control complete the MXV’s customization of the Ford Explorer.

A spokesman for Ford expressed the organization’s appreciation that the BraunAbility MXV takes the freedom and adventure symbolized by the Ford Explorer to new heights.