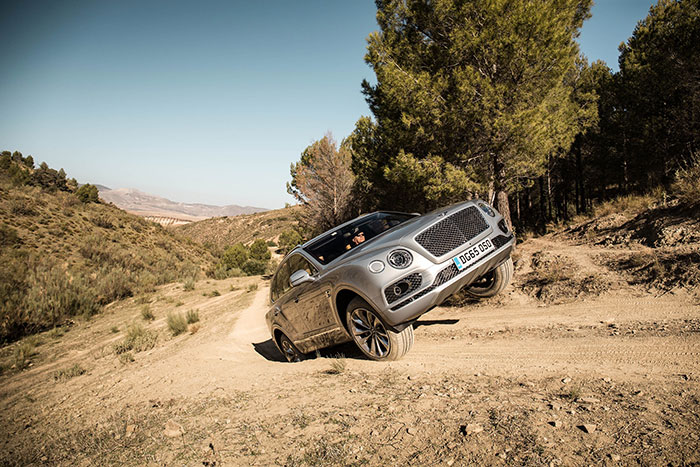 The first Bentley Bentayga which marked one of the company’s biggest investment projects in recent years came off the production line at Bentley’s headquarters in Crewe, UK on December 1. Deliveries to customers will begin in January 2016. From conceptualization to production, it took four years for Bentley’s first SUV to reach the retail scene. In the process, the production of the Bentayga which is part of the company’s GBP 840 million investment program has created 1500 jobs in the UK.

Commenting on the achievement, Robin Peel, Head of Marketing for MEAI & Asia Pacific, Bentley ‎Motors said that the Bentley Bentayga is set to be the benchmark against which all other SUVs will be measured, as it will define a new segment, that of the luxury SUV. It effectively combines luxury with practicality and superior ‎performance.‎ The Bentayga comes with an all-new W12TSI powertrain that makes the model the fastest, most ‎powerful, most ‎luxurious and most exclusive SUV in the world.

The first production Bentayga in anthracite shade came off the production line after passing through a new bodystore, paint shop and assembly one. It received over 130 hours of handcrafted work from automotive experts.

UK Prime Minister David Cameron expressed his delight at the production of the first Bentley Bentayga in Crewe, saying it marked the culmination of a period of incredible hard work by the Bentley team.The UK government too was part of the effort as the GBM 800 million investment initiative by Bentley had received GBP 9.5 million from the Regional Growth Fund. The successful production of the Bentayga will provide employment to hundreds of people in the region and lead to further expansion of onsite production at Crewe.

Michael Straughan, Bentley’s Member of the Board for Manufacturing, while addressing Bentley’s 4,000-strong workforce at the moment the car was unveiled said that Bentley has an extraordinary level of detail and will be positioned as a sector-defining British handcrafted car that is made with the most modern production techniques and materials.

The first Bentayga will be set aside to form a part of the company’s heritage collection at the Crewe factory, joining other iconic Bentley models like the Bentley Blue Train, The Bentley Blower and the R Type Continental.