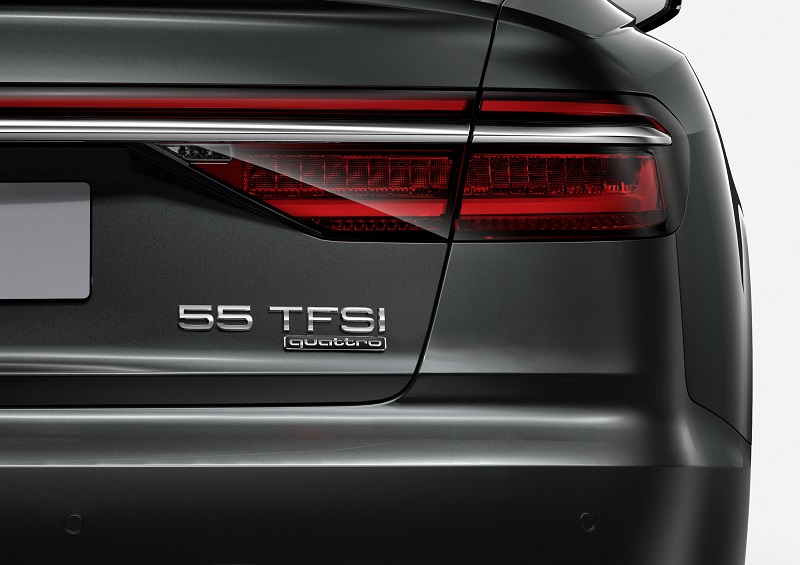 Audi to Use New Power Output Designations from 2018

Audi has announced that the company will be using a standardized nomenclature with regard to power output designations on a global basis from 2018. While there will be no change in the names of the model series like the Audi A1 and Audi Q7, instead of the different type designations, combinations of two numbers will be used. These two numbers will represent the specific power output and will be used for all kinds of cars – cars powered by combustion engines and the e-tron models equipped with hybrid and electric engines.

The numbers will appear right alongside the kind of engine technology like TDI, e-tron, TFSI, g-tron and e-tron. The individual power output of a model in kilowatts will be considered to assign the numerals with each model range being further subclassified based on performance levels. All models with power output between 81 and 96 kW will have the number “30” on the rear, while those with output ranging from 169 to 185 kW will have “45” on the rear. Output of performance class above 400 kW, the top of the range for Audi, will be signified by the number combination “70”.

The high-end, high-performance S and RS models and the Audi R8 will retain their classic names in reference to their top position in the model range.

Commenting on the new nomenclature, Dr. Dietmar Voggenreiter, Board of Management Member for Sales and Marketing at AUDI AG said that with alternative powertrains like hybrid and electric technologies becoming increasingly relevant, engine displacement is losing its importance as a  performance attribute. It is now more logical to structure the designations based on the power output to make it easier to distinguish between the various performance levels.

The changes will be implemented first for the new Audi A8 generation that will debut fall 2017. The first of the two six-cylinder engines to be redesignated will be the 3.0 TDI with 210 kW and it will be called the Audi A8 50 TDI , while the 3.0 TFSI with 250 kW will be renamed as the Audi A8 55 TFSI.

All Audi model series that will be launched at the retail level in the coming months will be assigned the new performance designations. Audi will change the designations of the remaining model series in the current product range in time for the new model year changeover in the summer of 2018.