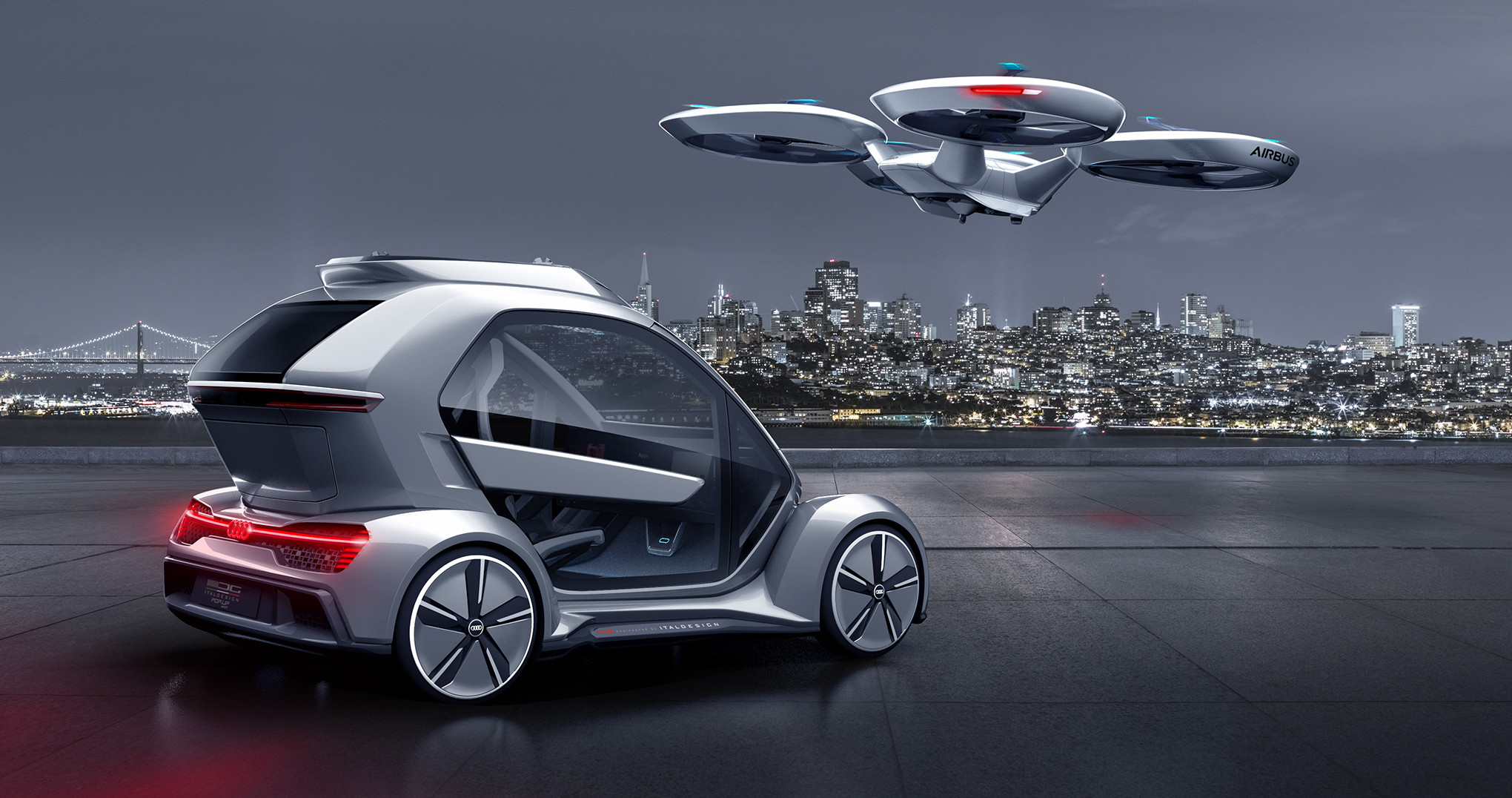 Pop.Up Next – a modular concept to solve traffic problems in cities. The ultra-light, two-seater passenger cabin can be attached either to a car module or to a flight module. The dominant interior feature is a 49-inch screen, while interaction between humans and the machine is performed by speech and face recognition, eye-tracking and a touch function.

Audi teamed with Italdesign and Airbus to present an autonomous concept car called “Pop.Up Next” at the Geneva Motor Show. At the show, which was held from 8 to 18 March, “Pop.Up Next”, a fully electric and fully automatic concept vehicle for horizontal and vertical mobility impressed all the visitors to the show. The concept is that such a vehicle could be used in urban places for quick and convenient transportation of people on road, and when necessary, by air, functioning as a drone. This would help to minimize traffic gridlocks. The most notable feature in the interior of the vehicle is a 49-inch screen. People could interact with the vehicle through face and speech recognition, eye-tracking and a touch function.

The two-seater passenger cabin is ultra-light and can be attached either to a car module for travel on the road or to a flight module when traffic is heavy. Audi contributed to this project in the form of expertise in automation and battery technology.

Commenting on the vehicle, Dr. Bernd Martens, Audi Board Member for Procurement and President of Italdesign said that the need of the hour is creativity in view of people’s diverse needs and the requirement for new mobility concepts for cities. According to him, Pop.Up Next represents an ambitious vision that could permanently transform urban life in the future.

Italdesign specializes in the development of future-oriented vehicle concepts for Audi and other customers around the globe. Jörg Astalosch, CEO of Italdesign, said that many players will define the rules of urban mobility in the future. He sees Pop.Up Next as a flexible on-demand concept that could open up mobility in the third dimension to people struggling to deal with traffic and congestion in cities.

Italdesign is working closely with a network of cities, universities and various stakeholders to better anticipate the future of mobility in cities. A preliminary version of Pop.Up had already made its debut at the Geneva Motor Show last year. The new variant’s interiors have been completely revamped and it is also significantly lighter than its predecessor.