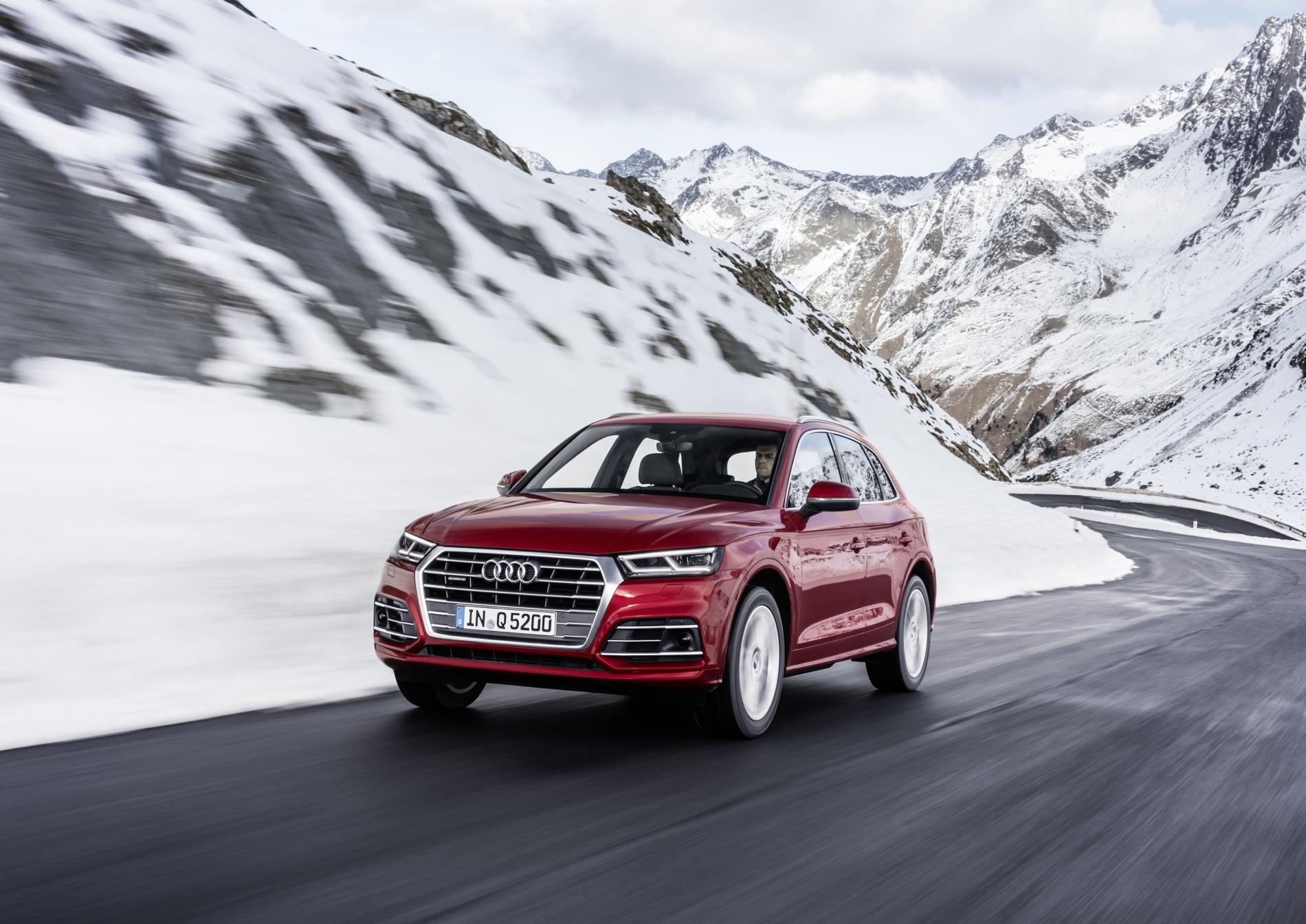 Audi had reason to celebrate as its 8 millionth car with quattro drive came off the production line at the brand’s new factory in San José Chiapa, Mexico. Quattro drive technology is highly effective for enhancing both safety and driving pleasure, even on the toughest terrain. The milestone car is a garnet red Audi Q5 2.0 TFSI quattro.

Quattro technology made its appearance on the automotive scene in 1980, and is currently available in over 100 model versions. The quattro all-wheel drive system is available as a standard option in the Audi Q7, the Audi A4 allroad quattro, the Audi A6 allroad quattro, the Audi A8, the Audi R8 as well as all S models and RS models. It is also available as an optional feature in all other model series. The extent of the technology’s popularity can be gauged from the fact that in 2015, 44 percent of all Audi customers worldwide chose models having quattro drive, with the the demand being the highest for the Audi Q5 with about 262,000 units. The quattro models are particularly popular in markets like the United States, Canada, Russia and the Middle Eats. In the Middle East, as many as 70% of all Audi cars sold have quattro drive.

Quattro drive technology is available in different versions that have been customized for each model. For the more compact models having transverse-mounted engines, an electronically controlled hydraulic multi-plate clutch is mounted at the rear axle. In the case of the R8 mid-engine sports car, the multi-plate clutch is at the front axle. Depending on the driving situation encountered, these active systems distribute drive torque variably to both axles.

The self-locking center differential that is used in many Audi models, with a longitudinally mounted front engine, is a purely mechanical planetary gear. Normally it splits the drive torque sent to the front and rear wheels with a 40:60 distribution.

In some of the high-end engines, sport differential is available on the rear axle. The sports differential actively distributes the torque between the rear wheels by means of two superposition units, each with an electrohydraulic multi-plate clutch. In extreme cases, almost all of the torque is sent to one wheel – the system actually pushes the car into the curve, thus eliminating any chance of understeer.

The latest development in the case of the quattro drive is the Quattro drive with ultra technology that is designed for models with a longitudinally positioned engine. Here, an actively controlled multi-plate clutch at the end of the transmission distributes the torque variably between the drive axles in all-wheel drive operation. A decoupler in the rear axle differential serves as a route for opening the connection to the rear wheels. Both clutches are opened in driving situations having an all-wheel drive does not offer any benefit. This way, the parts of the rear drivetrain that are responsible for drag will not be engaged. The system’s control unit uses data obtained from many sources to create a model of the vehicle’s status projecting about half a second into the future. If ofr instance, the system detects that the inside wheel is about to lose grip, it switches predictively to all-wheel drive. This ensures that the all-wheel drive is always ready when it is needed. The new concept considerably boosts efficiency without diminishing traction or driving dynamics.

Success story: the history of quattro

Audi was the first manufacturer to offer a fast-running and light all-wheel drive for mass production when it unveiled the technology in 1980 in the Ur-quattro at the Geneva International Motor Show. In 1986, Audi replaced the first generation’s manually locking center differential with the Torsen differential, which could distribute drive torque variably. This was followed by the development of the planetary drive in 2005, with its asymmetrical, dynamic distribution of power and torque. Audi is working continuously on further refinement of the self-locking center differential, which is considered as the benchmark for traction and driving dynamics combined with very light weight.

Quattro technology has proved to be a winner when it comes to motrsports as well. The list of events in which Audi excelled with the use of Quattro technology include four World Rally Championship titles, six victories in the famous Pikes Peak  Hill Climb race in the United States, a title win in the TransAm series in the U.S., two DTM titles, 11 national Super Touring Car Championships, and a Touring Car World Cup.

The latest victory for quattro technology was the victory by Mattias Ekström and his private rallycross team EKS in the FIA World Rallycross Championship where they bagged the Driver World Champion and Team World Champion titles with an Audi S1 EKS RX quattro.