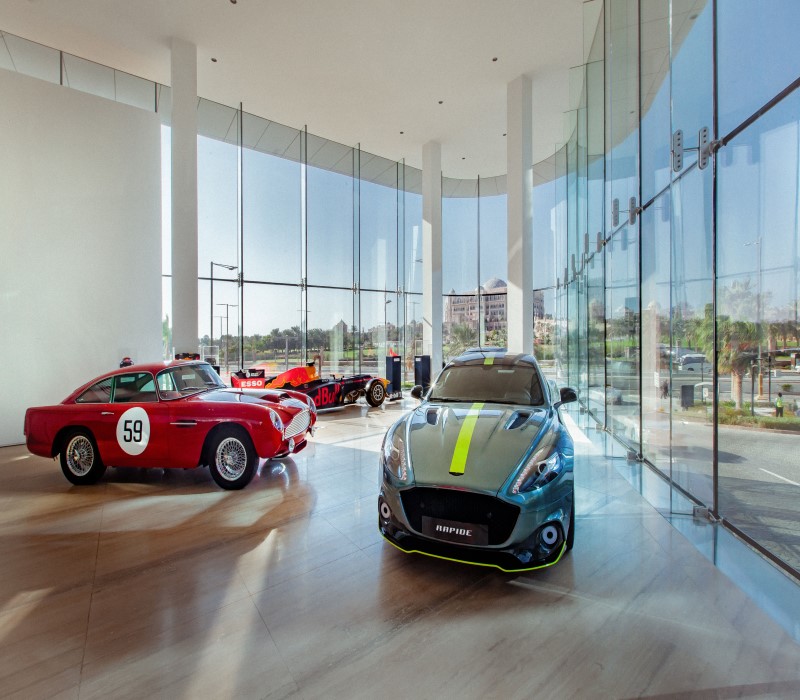 At the dealership, customers will be able to activate ‘Q by Aston Martin’ and will have a chance to personalize their very own unique sports car in the ‘Q Lounge’.

Speaking on the opening night, Dan Balmer said that the opening of the flagship dealership in Abu Dhabi serves as a real statement of intent for Aston Martin in the Middle East. The Middle East is a growing market for the manufacturer of luxury cars, with 14 dealerships. The customers in Abu Dhabi and the surrounding area can now purchase their next Aston Martin in a prestigious location.

In December, three of Aston Martin Lagonda’s customer racing teams will compete in the Gulf 12 Hours race which will be held at the Yas Marina Circuit. This will mark the first time that the brand new Aston Martin Vantage GT3 car will be seen in the Middle East.