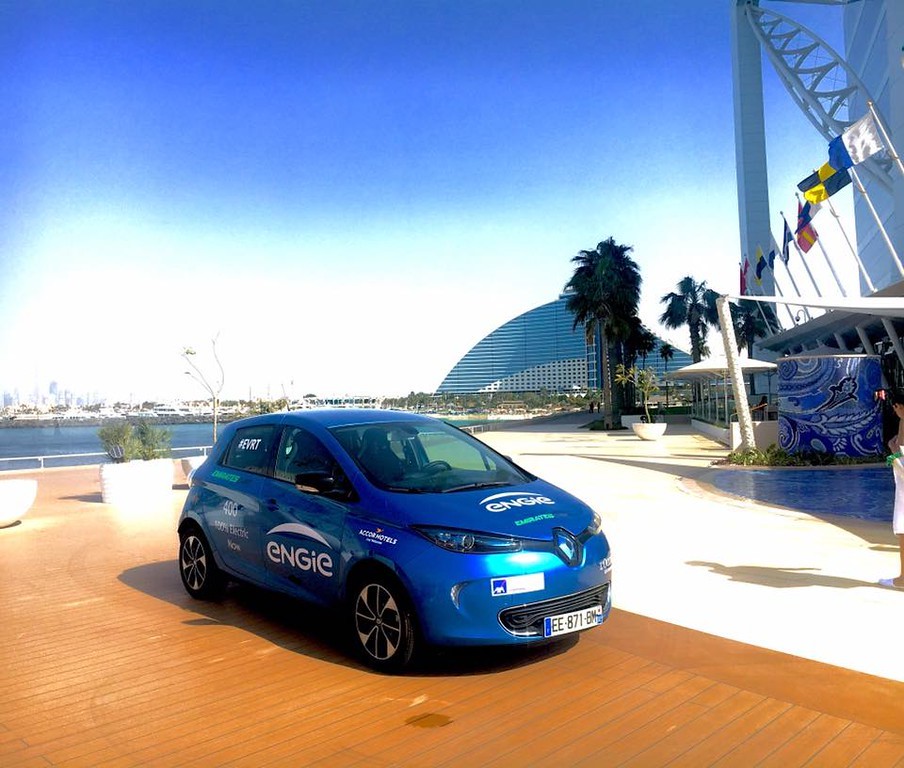 Arabian Automobiles Company, the flagship automotive division of AW Rostamani Group and the sole dealer for Renault in Dubai, Sharjah, and the Northern Emirates, used the Emirates Electric Vehicle Road Trip (Emirates EVRT) to showcase the Renault Zoe. The four day Emirates Electric Vehicle Road Trip served as the perfect platform to showcase the capabilities of the Zoe which can go for a record distance of 400 kilometers using pure electric power on a single charge and is meant to expedite the transition towards a sustainable low-carbon future.

Speaking about the company’s participation in the event, Salah Yamout, Director of Sales & Marketing at Arabian Automobiles Company, said that the Arabian Automobiles Company is closely aligned with UAE Vision 2021, which focuses on ensuring sustainable development while preserving the environment, and reaching a perfect balance between economic and social growth. As part of this drive, the company is expanding range of electric vehicles, in order to offer customers models like the Renault ZOE which can go for 400 kilometers on a single charge and is meant to create fresh interest in the concept of clean mobility.

Emmanuel Guiffault, Marketing Director of Renault Middle East said that as a pioneer in the field of 100% electric vehicles in Europe, Renault is glad to support initiatives that are menat to spread  awareness of pure sustainable mobility in the UAE. With the new Zoe, Renault is bringing to the UAE the latest technological advances in the field and truly believes in the possibility of making smart and sustainable transportation accessible to everyone in the region in the future.

Emirates EVRT is being held from January 29 to February 1 and involved a trip by a convoy of over 10 electric vehicles which covered 700 kilometers over the 7 emirates, thus showcasing the best of electric vehicle technology and supporting the region’s clean-tech innovations.

The event which was the first such event of its kind was the best platform for Arabian Automobiles Company to showcase Renault’s ZOE, which is one of the best-selling electric cars in Europe, and is fitted with a new generation of battery Z.E 40 that now delivers a record NEDC (New European Driving Cycle) driving range of 400km which is equivalent to 300 kilometers in urban or suburban areas. This is double the range the model offered at the time of its original launch. The Renault ZOE thus has the longest driving range of any mass-market 100% electric vehicle.

The new battery alleviates the “range anxiety” issue that most people have when it comes to purchasing an electric car as after a single charge, ZOE users can now travel further without worrying about charging. Arabian Automobiles also offered test drives of the Renault Twizy and the Renault Kangoo Z.E  commercial van during the event.

About 10,000 electric vehicles are expected to be on the roads in the UAE by 202 and as one of the pioneers of all-electric mobility, Renault models are expected to make up a significant portion of this figure.