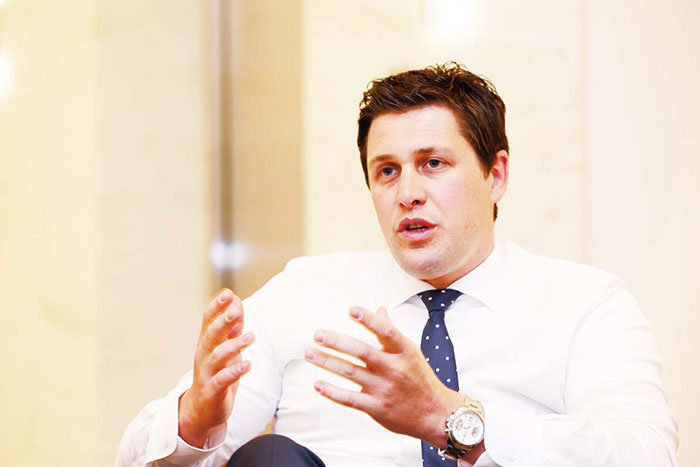 Andreas Bareis has been appointed as the new Managing Director of the MENA region by McLaren Automotive. In his previous stint, he was the Executive Director of Quality at the McLaren Technology Centre in Woking, England. He will be taking over from Ian Gorsuch who will take up the post of Sales and Marketing Director for McLaren Special Operations.

Andreas has been with McLaren Automotive for the past three years and had initially joined the company as the Director of Quality from Mercedes-Benz. From this post he moved on to become a member of the decision-making Executive Committee after a year and became the Executive Director of Quality. From that time, he has been a part of the company’s leadership and has played a role in formulating future products and brand strategy. This included the move to establish a three-tier product line-up that will take the company forward well into the next decade and even beyond. As a key member of the Executive Committee, Andreas has also been been involved in setting growth targets for the company’s year-over-year sales growth.

In his stint as Executive Director of Quality, Andreas focused on building up the benchmark Quality function at McLaren Automotive, by integrating robust and demanding processes so that McLaren Automotive customers get products of the highest possible quality product possible. In this role, he also received exposure to a wide range of sales processes and customers.

Andreas’s extensive knowledge of the McLaren brand and his strong background at the decision-making level within the company will stand him in good stead in role as the new Managing Director of the company in the MENA region. In his new role, Andreas will be entrusted with continued development of the brand in the region and exploiting the potential of new Sports Series to the maximum possible extent

Upon his appointment, Andreas Bareis commented: ‘I am very much looking forward to this new opportunity. Having played a part in the strategic development of the company’s products, brand and sales performance over the recent years of growth, as well as further developing the world-class quality processes at McLaren Automotive has, I have gained valuable insights into the needs, desires and expectations of all of our customers, in the Middle East and the rest of the world. To be able to use these insights to maximize the competitiveness of McLaren Automotive in this strategically important region is a great opportunity that I will relish.’

His appointment will be effective from 1 January, 2016.