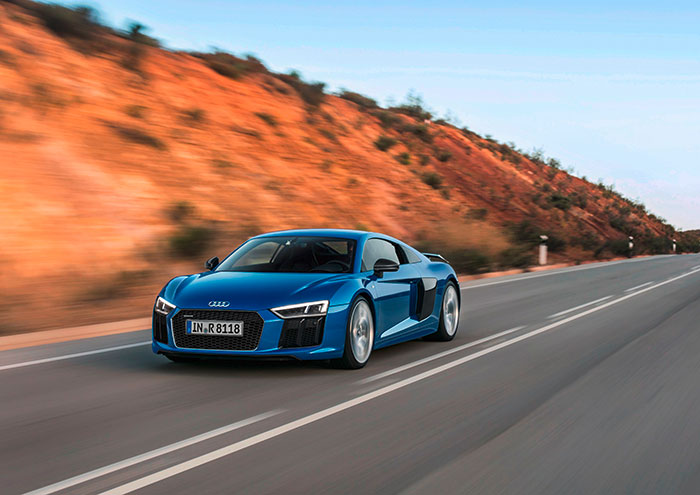 Al Nabooda Automobiles, the exclusive distributor for Audi in Dubai and the northern Emirates is using football and Instagram contest to boost brand awareness. The Arabian Gulf Cup trophy, is the prize for a hotly contested football tournaments for local teams in the United Arab Emirates. The trophy will be driven around the roads of Dubai, and football and Audi fans can post pictures on Instagram for their chance to win an R8 experience at the Dubai Autodrome.

With an escort of Dubai Police cars, the Arabian Gulf trophy will be showcased all through in an Audi R8 Spyder as part of a “Tag and Brag” Instagram contest conducted by Al Nabooda Automobiles.

Those who spot the trophy on Friday 25 March, between 5:00pm and 10:00pm, can upload an image on Instagram with the hashtag #AudiAGCupfinal. The fan who uploads the photo with the maximum number of likes will win an unforgettable experience in an Audi R8 at the Dubai Autodrome.

The lucky winner will get a chance to experience the thrill of driving an Audi R8 on a world-class track. The Audi R8 which comes with a V10 engine having the ability to take the car from 0-100 kph in just 3.9 seconds, is one of the fastest and most luxurious supercars in the world.

Speaking about the contest Ali Al Nabooda, General Manager Audi, Al Nabooda Automobiles said that it would be a great experience to highlight the trophy as part of the company’s collaboration with the Arabian Gulf League. He said he expects to receive many creative images and emphasized the importance of football in UAE’s sporting culture. As one of the sponsors of the Arabian Gulf League, Al Nabooda Autmobiles will be rooting for the players in all teams in their matches.

The Arabian Gulf Cup final will be hosted in the Al Maktoum Stadium this year with teams Al Wahda and Al Shabab battling it out for the crown on 1 April 2016.