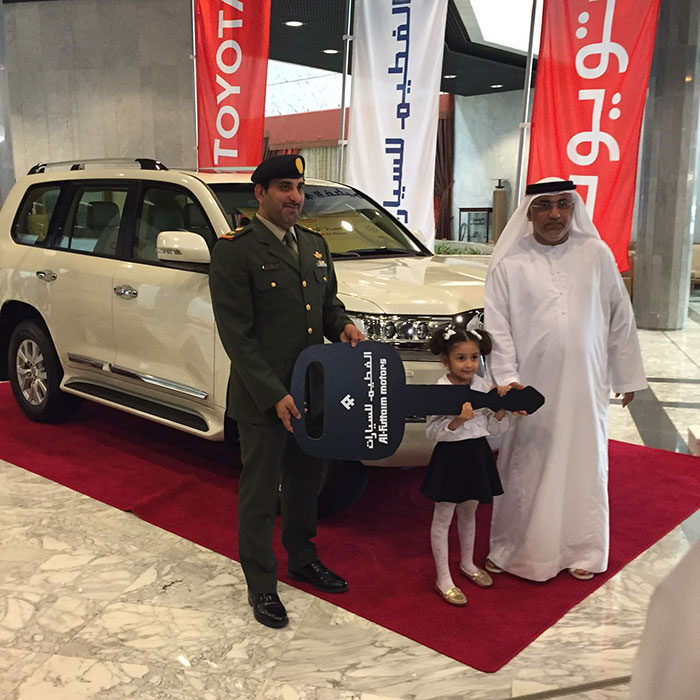 The draw for the brand new Land Cruiser was conducted at the Abu Dhabi GHQ Officers Club after a Memorandum of Understanding (MOU) was signed between Al-Futtaim Motors and the UAE Armed Forces.

Based on the agreement, another draw will be held in the month of May and any member of the UAE Armed Forces employee purchasing a car till the end of April will automatically be eligible to get an entry in the final draw.

Yousuf Ali Al Raeesi, General Manager, Government Relations, Health Security, Safety and Environment at Al-Futtaim Motors, said that the company received a great response to an offer of selected Lexus and Toyota vehicles at special discounted prices to members of the UAE Armed Forces following the agreement that was signed last month between the two parties. The draw with a Toyota Land Cruiser as the grand prize denotes the special nature of this relationship.

The MOU was signed as part of the “Homeland Protectors” discount card, an initiative by the Ministry of Defence and the UAE Armed Forces. The card aims to promote services rendered to affiliates of the ministry and armed forces — military men, civilians and retirees.