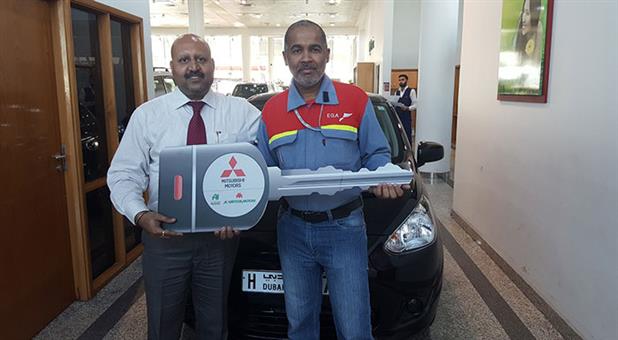 Ramadan is a time when many automotive dealers in the UAE offer deals and promotions. Al Habtoor Motors had held a Ramadan promotion as part of which customers benefited from significant savings and the chance to win as many as 20 Mitsubishi Mirage cars.

Speaking about his prize, one of the winners,. Essa Mubarak from Dubai said said that the Pajero was a preferred choice when he wanted to buy an SUV as Al Habtoor Motors was offering a deferred payment plan as part of which the company was offering to pay three installments. He not only saved a good deal on the price but also won a Mirage. He felt he could not have asked for more

Nuha Victor Maaya, another winner from RAK said that what really attracted her were the special prices for the entire range of Mitsubishi products. She understood when she visited the showroom that a lot more than special prices was on offer during the Ramadan period. Winning a second car only enhanced her experience with Al Habtoor Motors.