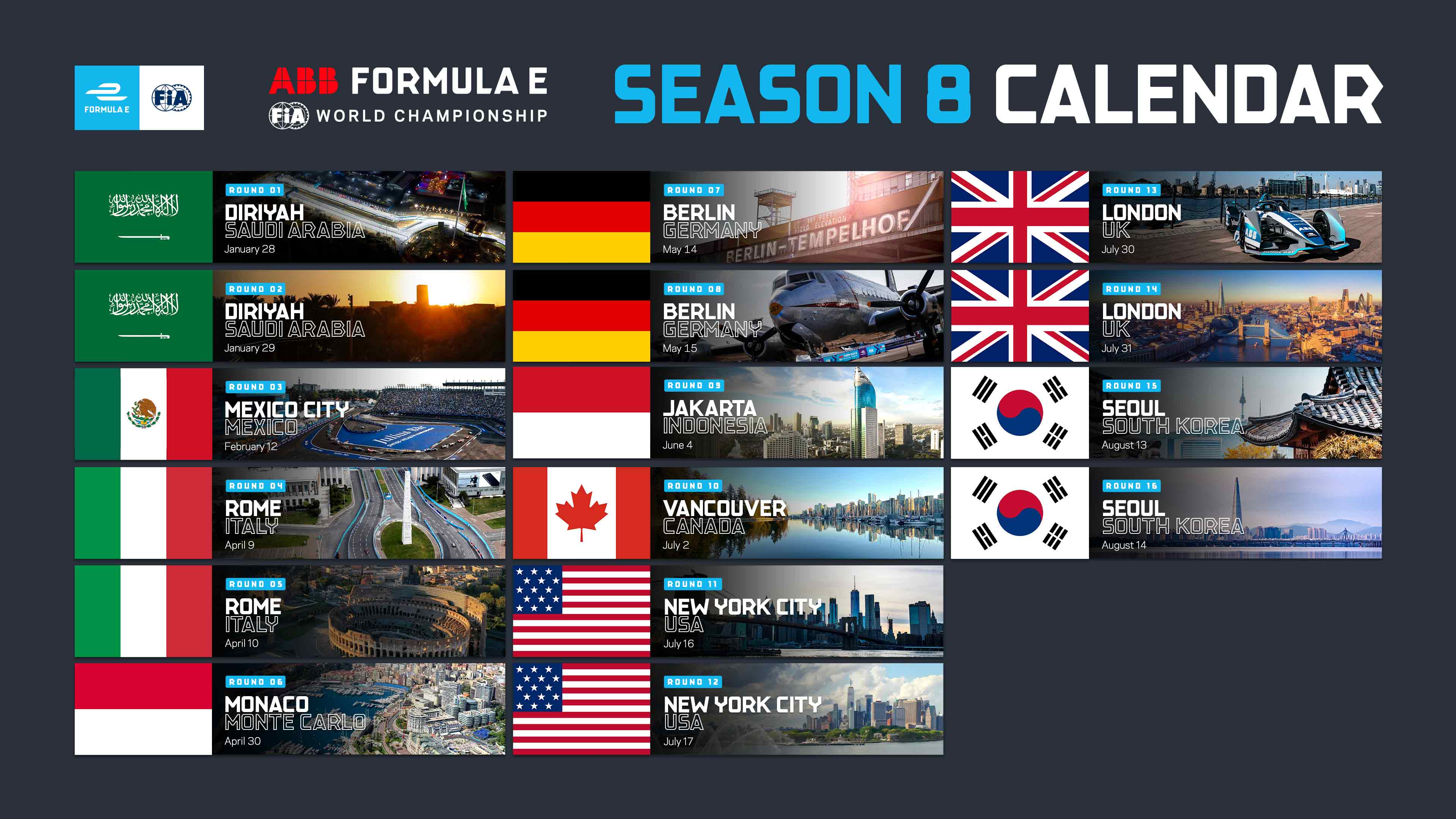 Kicking off in Diriyah, KSA on 28 & 29 January, the season will now see Berlin and Rome host two races each in a double-header format across a weekend in Formula E’s largest-ever 16-race calendar. Season 8 of the ABB FIA Formula E World Championship will see all-electric racing for the first time on the city streets of Vancouver, Jakarta and Seoul alongside regular host cities Diriyah, Mexico City, Monaco, New York and London.

After a successful pre-season testing, FIA WMSC-approved updates to the Season 8 sporting regulations include:

“The ABB FIA Formula E World Championship 2021/22 calendar is our most extensive to date and we look forward to working alongside all our host cities to deliver 16 world class races. The Season 8 lineup of drivers is arguably the strongest we’ve seen, and the revised sporting regulations will provide a renewed and strengthened sporting platform.”

“The race and qualifying simulations successfully corroborated the new formats and set the scene for a particularly thrilling eighth season of the ABB FIA Formula E World Championship. In consultation with the teams, we simply made a few minor tweaks to facilitate the process. We are really looking forward to the first race of the season in Saudi Arabia, and hope fans are just as excited as we are about the spectacular action to come.”