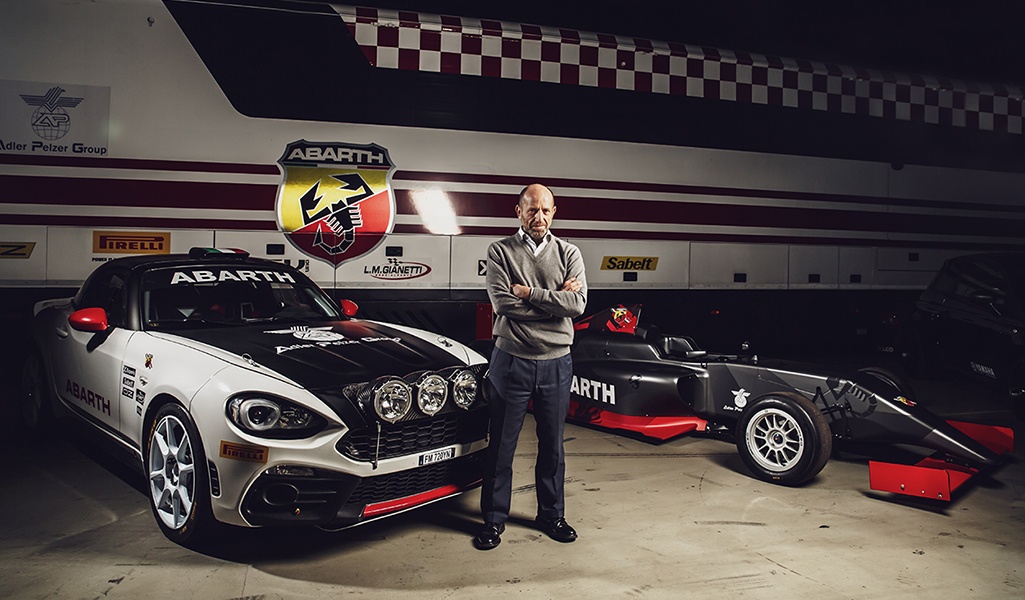 Abarth, a Year of Successes

It was a 2020 full of satisfaction for the Abarth brand, which has recorded major sporting triumphs in rallies and on the track, as well as commercial successes with its latest special series.

Luca Napolitano, Head of EMEA Fiat, Lancia & Abarth Brands: “We are proud to celebrate victory for the third year running in the FIA R-GT Cup with the Abarth 124 rally – basically the Gran Turismo world championships, driven by Italy’s Andrea Mabellini. The Italian driver also won the 2020 Abarth Rally Cup. After winning three championships running, the 124 remains the car to beat in the R-GT class, with over 100 victories. I’d also like to congratulate Gabriele Minì, a young national talent, a promise for international motorsport and the first Italian to win this country’s F4 championship, and Jonny Edgar, winner of the German F4 championship.”

The promotion of young talents – just think, as many as 7 of the top 10 in the F4 championship rankings are newcomers, including Minì – and motorsport form part of Abarth’s history. In particular, racing has always been the best and the toughest testing ground, to put engines and technology solutions through their paces under extreme conditions, to increase performance and reliability both in races and in models in mass production, the latter courtesy of technology transfer.”

Despite the complex period, Abarth also stands out for very interesting results in the commercial domain. The launch of the two special series, limited to 2000 units each, the 595 Scorpioneoro and the 595 Monster Energy Yamaha, was a success, and results were seen of a market share increasing around 50% compared to 2019, as well as over 80% of sales being outside Italy.

Taking these successes as a starting point, the Scorpion brand is now therefore ready to accept the new challenges of both motorsport and the international market by continuing  the refresh of its line-up in 2021: new colors, new finishes and new details to emphasize the brand’s dual souls – style and performance. The new line-up will soon be unveiled, and will be in all dealerships from February. Abarth will also consolidate its commitment to racing by taking part in the Formula 4 championships, with the aim of exporting this winning format to the most interesting foreign championships, from both a sporting and a competitive point of view. The collaboration with private rally teams will also continue as part of the Abarth Customer Sport project, with technical and technology support in the pit.

Technology transfer from racing to mass production can be clearly seen in the two Abarth 595 Scorpioneoro and Abarth 595 Monster Energy Yamaha special series launched in September, both equipped with the 1.4-liter Abarth T-Jet engine, also the basis for the Formula 4 single-seaters. The two new models epitomize the brand’s dual soul, as well as two of its fundamental values: Heritage and Fun, respectively.

The adrenaline-packed Abarth 595 Monster Energy Yamaha series is the perfect expression of the Scorpion and Yamaha brands’ shared values, rooted in performance, racing, technology and fun. Produced in a limited edition of 2,000 units, the new model draws its inspiration from the livery and interiors of the YZR-M1 Monster Energy Yamaha MotoGP 2020, with the “Monster claw” added to the bonnet as a tribute to the new collaboration with the renowned energy drink. The relationship with Yamaha has lasted since 2015, and with the launch of this new special series, the bond is strengthened, based on its ability to overcome sporting and racing barriers by “going down into the streets” with many adrenaline-packed special series: the Abarth 595 Yamaha Factory Racing Edition (2015), the two-seater Abarth 695 biposto Yamaha Factory Racing Edition (2015), and finally, the Limited Edition Abarth 695 XSR Yamaha (2017).

The second special series, the exclusive Abarth 595 Scorpioneoro, is a limited edition of just 2,000 models that pays homage to and draws inspiration from the exclusive A112 Abarth “Gold Ring”, better known to fans as the A112 Abarth “Targa Oro”. A truly exclusive car, only 150 models of which were produced in 1979, all featuring a black livery, golden details, sophisticated interiors and a wide range of equipment as standard, in line with the Italian tradition of “granturismo” cars.

The sporting successes of the 2020 season

Among the major triumphs of last season, the standouts include the Scorpion brand’s third victory running in the FIA R-GT Cup, won by the young Italian Andrea Mabellini, paired with Virginia Lenzi in a Bernini Rally team car. In 2018, it was the Frenchman Raphaël Astier who won this prestigious title, whereas in 2019, it was Italy’s Enrico Brazzoli. Mabellini also won the 2020 Abarth Rally Cup, the one-make championship for drivers in the running for the Europeans on board the Abarth 124 rally models.

Pure adrenaline also in the F4 championships “powered by Abarth” in Germany and Italy, the schedules of which were intertwined and alternated, where the single-seaters powered by the Abarth engine saw a total of 18 different winners and 23 drivers taking to the podium. But by the end of the championships, they only had one winner each. In Italy, for the first time in 7 editions, an Italian was the winner: the 15-year-old Gabriele Minì, having racked up 4 victories and 15 point-scoring placings, won the series a weekend in advance. The emotions were just as strong in the German F4 championship, won by the 16-year-old Briton Jonny Edgar. During the season, he achieved 6 victories and 13 placings, winning the title in the last race after a close battle with the American Jak Crawford and Finland’s Elias Seppänen, the other two contenders. The common thread that binds the two championships is the 1.4-liter, 160-hp Abarth T-Jet engine, which proved its great performance and reliability.

Established in 2014, based on an idea of FIA President Jean Todt’s, Formula 4 selected Abarth as the technical partner to supply its engines. Courtesy of its great weight-to-power ratio, the powerful and reliable 1.4-liter, 160-hp Abarth Turbo engine fitted to the Tatuus single-seaters guarantees high performance (a maximum speed of 240 km/h; 0-100 km/h acceleration in around 5 seconds). Its renowned reliability also means the cost of a season in terms of the teams and drivers can be kept under control. It therefore meets the FIA requirement of training for the Formula class drivers of the future, and is sustainably so thanks to the lower cost per season, in line with the FIA’s and Abarth’s values of developing young talents. Since 2014, more than 350 drivers have taken to the track to prove their mettle. In some cases, they have reached the summit of their specialism, for example Lance Stroll, the first winner of the Italian F4 Championship powered by Abarth in 2014, who is now a Formula 1 driver. Germany’s Mick Schumacher, son of former Ferrari driver Michael, also raced in F4 in 2016 and won the Formula 2 World Championship last year.

Success on digital platforms too

The extended family of the Abarthisti fandom continues to give its usual warm welcome, even last year when the Abarth Day event was held in a virtual guise. Indeed, its Community has enabled Abarth to achieve a Guinness World Record™. Abarth’s people gathered on the Web for a spectacular online event, one that became the largest digital gathering in the world courtesy of the participation of all its fans, who uploaded 868 photos of their Abarth cars to the specially created Facebook page, within one hour: this was the record set by the Abarth Digital Day.