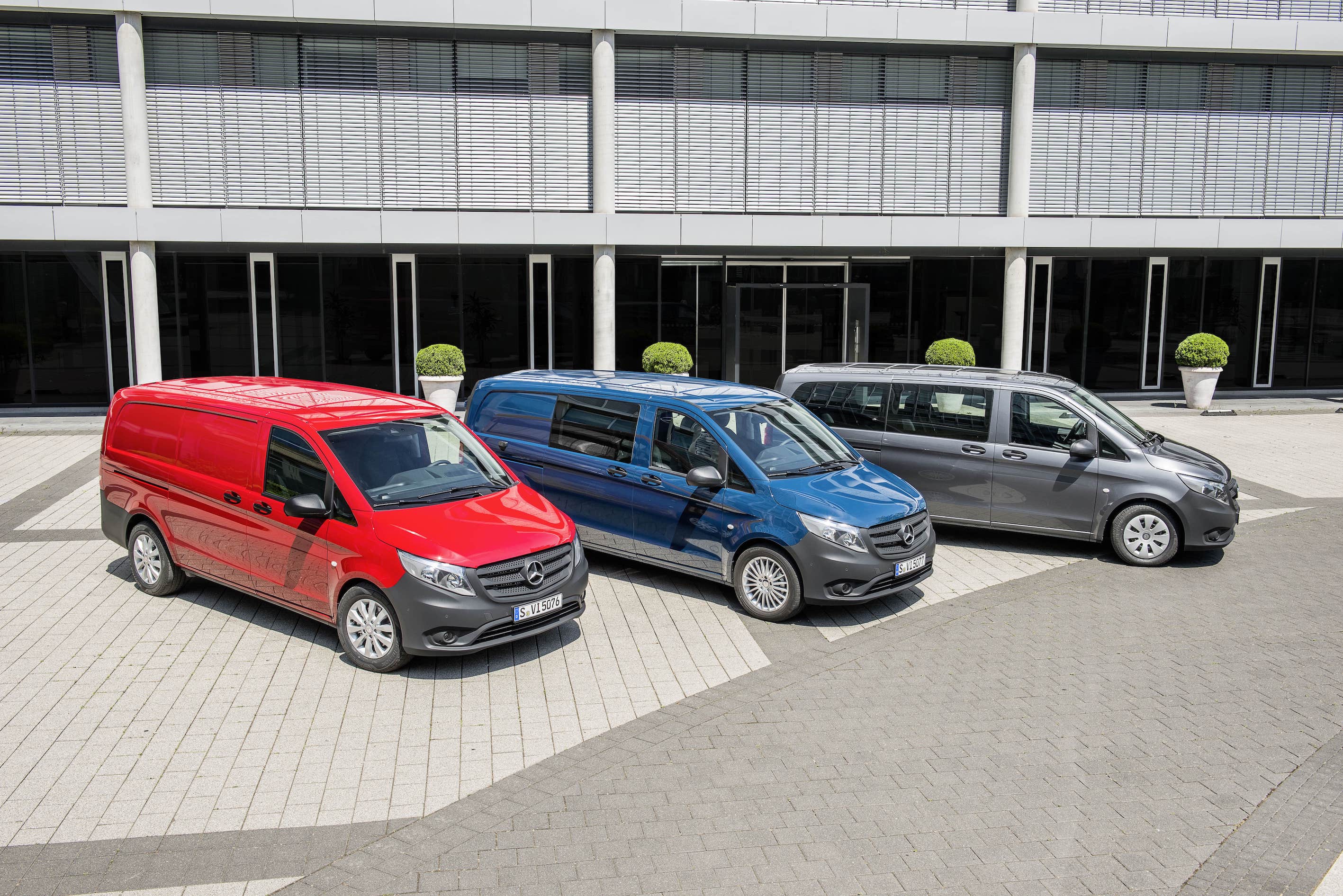 A reliable partner for 25 years the Mercedes-Benz Vito

More than a quarter of a century ago, the production of the mid-size Vito van started at the Mercedes-Benz works in Vitoria in northern Spain. The first van generation didn’t just mark the beginning of a new era for light commercial vehicles from the brand with the three-pointed star, but also saw the historically important factory in the Basque capital of Vitoria-Gasteiz enjoy a renaissance: with this fundamental modernisation, annual production capacity rose to 80,000 vehicles then. Thanks to the extension of the factory, a new logistics centre and a high level of automated manufacturing processes, one of the most modern European Mercedes-Benz sites was created.

In 1996 Mercedes-Benz introduced the compact Vito, a van in the 2.6 to 2.8 tonne class which was of a completely new design and which heralded the start of a new age for light-weight commercial vehicles. Its very name underscores this new era: instead of using a combination of letters and numbers the new arrival was given the name Vito – a direct reference to its “birthplace”, the van production plant steeped in tradition in the Basque capital, Vitoria-Gasteiz

Introduced in Spain and Portugal at the end of 1995, this new development combined an attractive design with compact dimensions. With a vehicle height of 1.89 metres the midsize van fit in every garage. However the cargo area of 3.6 m2 provided a loading capacity of almost 5 m3 so that the Vito could also transport bulky cargo without problem. With a payload of one tonne, the front-wheel drive vehicle was also suited to carrying heavy goods. The four-cylinder engines required minimum installation space while boasting low fuel consumption and an attractive driving performance. Industry experts and trade professionals applauded the new vehicle immediately and voted it “Van of the Year 1996”. Thanks to the facelift in 1999 demand for the Vito continued to remain high. By 2003 Mercedes-Benz had sold almost 473,000 first-generation vehicles.

A new generation was launched in July 2003. Completely re-designed, all of the Vito variants now relied on rear-wheel drive rather than front-wheel drive. Furthermore an all-wheel drive variant added to the model diversity, opening the way for the robust van to operate off the beaten track. There was also a range of more powerful engines to choose from: while the top-of-the-range diesel engine boasted an output of 224 hp, the top performing V6 petrol engine now provided 258 hp.

Depending on the model variant, the vehicle length was extended by up to 58 centimetres to a maximum 5.24 metres. For the first time ever the new Vito was available in three different body lengths, two roof heights, with five different engines and was better equipped than ever to fulfil the diverse range of demands from a multitude of sectors. This huge leap in evolution paid off: in 2005 the European jury voted the Vito “Van of the Year”“.

The second generation of Vito vans also set a standard with regard to electrification: at a very early stage Mercedes-Benz intensified the development of alternative drives and in 2010 already began producing a small series of 100 Vito E-CELL vehicles. The battery-driven van was equipped with a 70-kW (95-hp) electric motor and a lithium-ion battery with a capacity of 32 kWh. Following the testing phase, the first purely electric vans left the factory for delivery in April 2011.

The third generation: even more versatile and attractive

In May 2014 the third generation of the Vito celebrated its premiere. Thanks to a new design, this new addition was extended by up to 13 centimetres in length to a maximum 5.37 metres although the wheelbase remained unchanged and thus offered more space for both cargo and passengers. Furthermore customers now had a greater choice with regard to the drive system: in addition to the rear-wheel and all-wheel drive, front-wheel drive was once again available in conjunction with the entry diesel engine in two output stages. In 2016 the engine portfolio was extended with the introduction of the four-cylinder turbo-charged petrol engine which boasts 211 hp. This variant has seen great success in the Middle Eastern region and become the most sought engine version.

Not only has the range of conventionally driven midsize vans grown; the offering for electric vehicles has too: the purely electric eVito has been on the market since 2018. Since 2014 more than 600,000 of the current Vito variants have been sold.

Following a new look and technical update in 2020, the Vito is more attractive than ever thanks to new four-cylinder diesel engines and a well-balanced price-performance ratio. Innovations in the current generation of Vito vans include the upgraded infotainment portfolio, the 9G-Tronic automatic transmission, AIRMATIC air suspension for increased driving comfort and further safety systems. An update for design details both on the exterior and interior completes the facelift. Just as it celebrates the 25th anniversary of its market launch, the versatile van is now available with Rear Cross Traffic Alert in combination with Blind Spot Assist without additional charges. In line with the 2020 facelift, Mercedes-Benz Vans introduced further safety and driver assistance systems for the Vito; namely DISTRONIC, Active Brake Assist and a digital inside rearview mirror.

Reliable, robust and safe: it’s now a quarter of a century since the Mercedes-Benz Vito first established itself as a spacious and flexible van in many sectors.