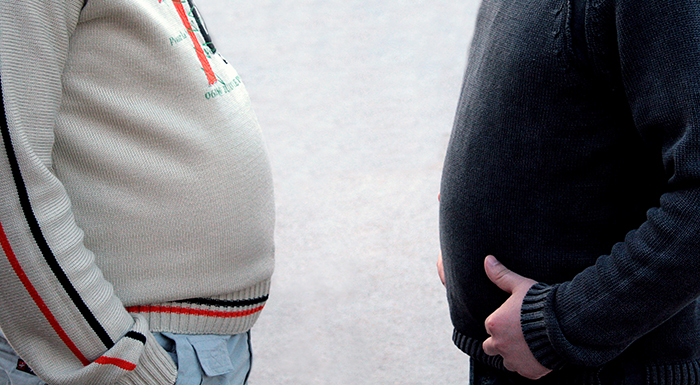 The Dangers of Belly Fat

Not all fat is created equal—goes the popular healthcare adage, and with good reason. Medical research seems to indicate that people with generous midsections are at a higher risk of developing several chronic diseases. Doctors from Mayo Clinic and the Washington University School of Medicine have confirmed that fat around the waist is a precursor to heart disease and even earlier death.

For over four decades since its rise in popularity as a scale of measurement, Body Mass Index (BMI) has been the go-to number as an indicator of overall fitness. However, scientists are now beginning to reinterpret the significance of BMI and examining the distribution of fat around the body as a crucial factor in determining overall health. Typically, waist sizes greater than 35 inches for women and 40 inches for men result in a waist-to-hip ratio that is a strong indicator of an increased susceptibility to fatty liver, metabolic anomalies, sleep apnea, cardiovascular diseases and even colorectal cancer.

The deep visceral fat that coats internal organs is considered the source of several toxins that cause a loss of sensitivity to the hormone insulin, increasing the risk of Type II Diabetes. Increased belly fat also tends to be a cascading problem by robbing the body of the ability to store fat in the arms and as you age, increases the fat accumulation. Ageing plays a key role in maintaining fitness as the loss of muscle mass lowers the body’s ability to burn fat, thus creating a cyclic problem.

Full-body cardio and belly-targeting exercises are the recommended fitness regimen for people who suffer from large volumes of belly fat. Lowering the consumption of fatty or sugary foods is also recommended as unburned sugars are eventually converted into fat. Given that belly fat is stubborn and takes months of sustained diet and exercise to lose, you only need two things: consistency and discipline.