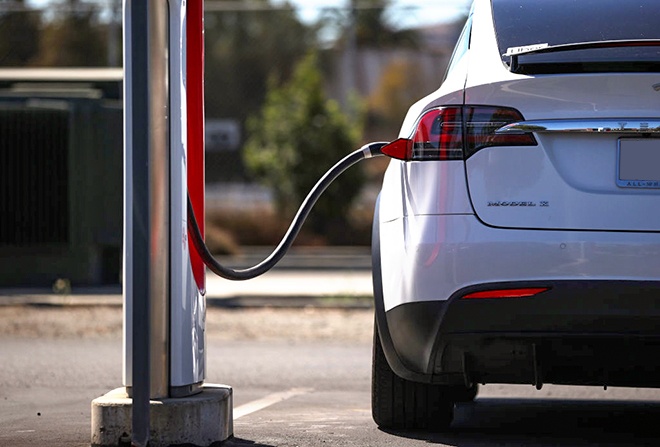 PETALUMA, CALIFORNIA - SEPTEMBER 23: A Tesla car sits parked at a Tesla Supercharger on September 23, 2020 in Petaluma, California. California Gov. Gavin Newsom signed an executive order directing the California Air Resources Board to establish regulations that would require all new cars and passenger trucks sold in the state to be zero-emission vehicles by 2035. Sales of internal combustion engines would be banned in the state after 2035. (Photo by Justin Sullivan/Getty Images)

As an after-effect of the 30% subsidy cut announced by the Chinese government for 2022, new energy vehicles (NEV) sales declined 18.6% month-on-month in January. However, it will not pose a threat to the EV future in China, according to GlobalData, a leading data and analytics company.

Reportedly, the decline becomes an adjustment to higher sales clocked in December 2021 due to the ‘prior purchases’ made by customers in December 2021 to evade the subsidy cut. Nevertheless, on year-on-year basis, the sales were up by 135.8% in 2021.

The government last year laid a plan to cut subsidies by 30% in 2022 and eliminate it starting 2023. 2021 happened to be a great year for EV sales in China as the BEV, HEV and FCEV passenger vehicle market witnessed 111% growth to reach 4.6 million units compared to 2.2 million units the previous year, as per GlobalData.

Bakar Sadik Agwan, Senior Automotive Consulting Analyst at GlobalData, comments: “While semiconductor shortage and disruptions due to COVID-19 spread continued to impact the market, the recovery in the latter half of the year and the end of subsidy plans weathered the after-effects. GlobalData had earlier analysed and stated that while the end of EV subsidy is a major blow to the market, it posed no threat to the EV future in China and the only odd could be a relative slowdown in the growth rate. The market is going as per the expectations and the recent month-on-month decline in sales is an example of it.”

GlobalData estimates EV sales in China to slow down relatively in 2022 when compared to 2021 and witness a growth of 57% to reach a volume sale of 7.2 million units.

Agwan concludes: “Subsidies, though reduced, will remain a growth catalyser supplemented by positive market sentiments and recovery from the COVID-19 pandemic and chip shortages. However, following a complete end of subsidy, GlobalData forecasts EV sales in 2023 to pace down and grow by 28.1% when compared to 57% in 2022.

To date, the Chinese government stands firm on its target 20% share of NEVs in total sales by 2025. As with much of the electric vehicle market, China is the dominant force in lithium-ion battery production and has already secured the rights to most of it for future production. This clearly means that the future in China has to be electric.