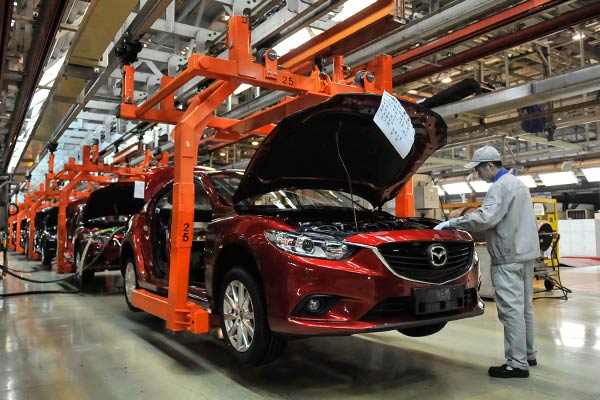 The restructuring, which makes Changan Mazda Automobile Co., Ltd. (CMA), a new venture, and FAW Group as a stakeholder of CMA, can turn out to be a ‘smart move’ for Mazda in China, which has been struggling with dwindling sales in the country.

“Mazda’s existing separate JVs with Changan and FAW were not working well in China. The company’s overall sales have been sliding down, with FAW-Mazda JV being the primary reason for the decline. Mazda’s net profits were also on the decline for the past two years. The new venture will enable cost and resource sharing for a better bottom line.

“With combined new technological and production capabilities, Mazda will gain a competitive edge in China. Presently, it has a smaller market reach than other Japanese OEMs such as Toyota, Nissan and Honda, who sell over a million units while Mazda is just around 200K units even with its two partners.

“Changan Mazda was earlier a 50:50 JV between the two companies and it recently opened up for an influx of new investment in the venture. However, FAW had a 60:40 venture with Mazda named FAW Mazda Motor Sales Co., Ltd. (FMSC). FAW will utilize its existing shares FMSC to buy a stake in the new venture and will continue to operate Mazda related business under the new entity. With this, the investment structure now changes to 47.5% Changan, 47.5% Mazda and 5% FAW Group.

“Presently Changan was manufacturing five and FAW two models for Mazda. The new venture will be better from a product development point of view, though with limited operational issues. Furthermore, both the state-owned Chinese automakers have been significantly investing/partnering for new technologies with OEMs and other players that will give a positive boost to Mazda in China.