Home Interaction Blog What Kind of Driving Culture Does the UAE Have? 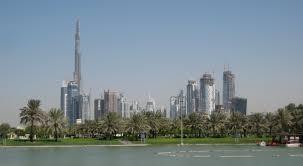 What Kind of Driving Culture Does the UAE Have?

RoadSafetyUAE and i-insured recently commissioned a study on the driving culture in the UAE. The survey was carried out by YouGov in February 2018 and covered the views of a representative sample of 1,004 UAE residents. The focus of the survey was to find out whether the UAE has a positive driving culture. With the country being home to residents belonging to as many as 200 nationalities where driving styles differ, this is a subject that leads to heated debate. Some people come from countries where motorists drive on the right side of the road and others come from places where it is the norm to drive on the left side of the road. In some countries, traffic is very orderly, while in other countries it might be a hazard to your life to venture outside in a vehicle.

Frederik Bisbjerg, Executive Vice President Retail i-Insured said that many people have subjective opinions when it comes to driving in Dubai. i-Insured and RoadSafetyUAE collaborated on this survey to gain greater understanding on the mindset of motorists in the UAE. The aim of the survey was to get professionally researched data so that the stakeholders who are involved in different aspects of the traffic industry like regulatory authorities, automotive companies and insurance companies could help make the roads safer.

Commenting on the findings of the survey, Thomas Edelmann, Managing Director of RoadSafetyUAE said that the overwhelming majority of those who participated in the survey said that the UAE does have a safe and caring road culture. When probed further, they did however feel that other motorists on the road failed to demonstrate the same caring attitude as they did not have an adequate understanding of the components of a safe driving culture. The participants in the survey felt that this non-caring attitude led to reckless driving. With the UAE focusing on reducing injuries and fatalities related to road fatalities, it is important for road users not to be complacent. They should continue to be educated on the proper components of a positive driving culture and how they can be implemented on a daily basis.

72 per cent of the respondents to the survey felt that the UAE has a positive driving culture. IN the case of expat Arabs, this went up to 82 per cent. Only 40 per cent of Westerners, however, felt that the UAE had a positive driving culture. This highlights the influence that different ethnic backgrounds and driving experiences in their native countries can have on people from different nationalities. Arabs and Asians who make up the majority of the people in the UAE overwhelmingly felt that the culture was positive but this can be a deterrent when it comes to learning more about road safety.

90 per cent of motorists felt that they were ‘polite and caring’ drivers, but only 34 per cent felt that this was true in the case of other motorists on the road. Again there was a divide between Asians (39 per cent) and Westerners (21 per cent) in their assessment of other drivers.

The survey was not conducted using vague statements but used concrete examples, like ‘How often do you give way to others’ and ‘How often do others give way to you’. The survey could also have been affected by a natural bias on the part of the respondents to rate their own behavior more positively than that of others.

Mr. Bisbjerg added: “In order to potentially improve the situation by carving out concrete action points, it was very important for us to get a better understanding about ‘The most unfriendly acts’ we experience on the roads, as well as the reasons behind these unfriendly and dangerous acts.”.

The most unfriendly acts like abruptly switching lanes, speeding, rash driving and lack of use of indicators were also the ones that are generally recognized to be the top causes of road accidents. In many cases, the reasons were cited as lack of time. Hence, driver education and initiatives on road safety should pay heed to the need for proper time management. It is important for motorists to leave early and plan for possible delays enroute!

In addition, the lack of knowledge about polite and caring behavior is lamented by respondents, coupled with the believe of low education in this regard. Deliberate acts (37%) and the anonymity in our vehicles (36%) also score high.
“We recently launched a new topic on our on-line portal about RoadSafetyUAE’s view of the ’10 Golden Rules for creating a positive UAE driving culture’, which can be found on http://www.roadsafetyuae.com/10-golden-rules-positive-uae-driving-culture/. We wish, that as many road users as possible could be exposed to these rules, in order to create the positive UAE driving culture we all long for.”, Edelmann concluded.