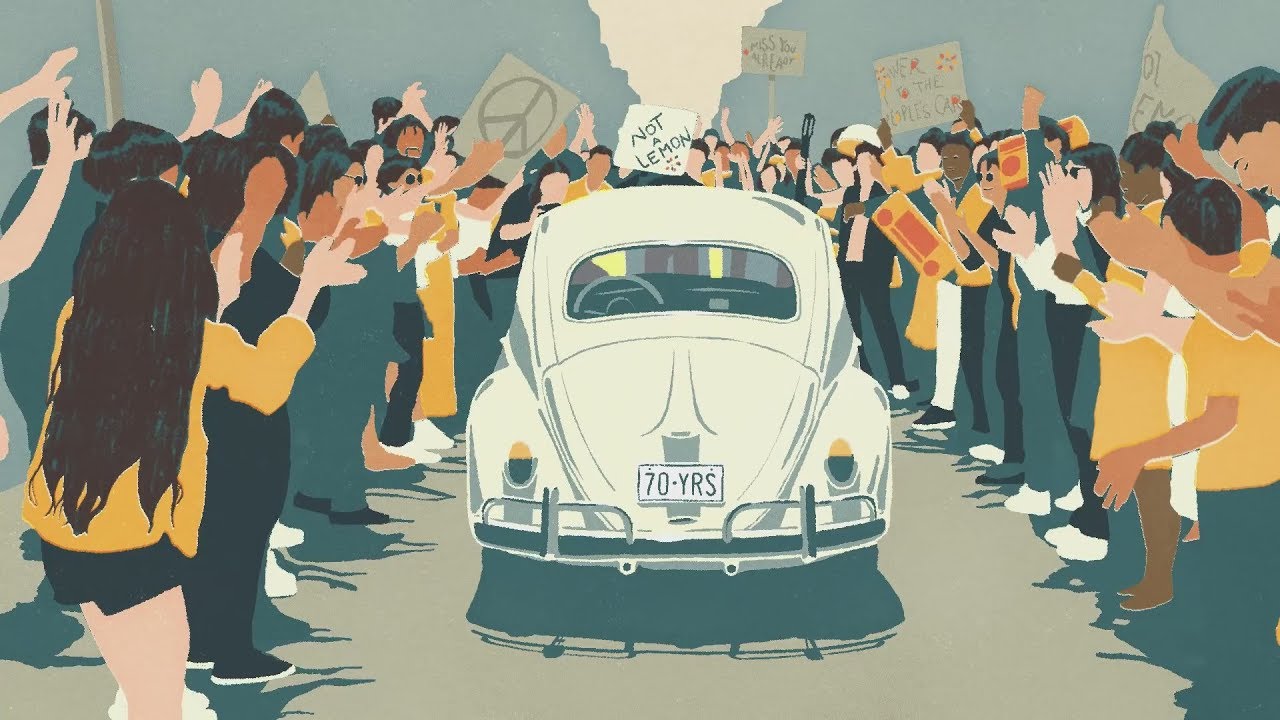 Volkswagen made an animated short film to mark the fact that production of the Beetle came to an end in 2019. The film features cameos by a few celebrities and chronicled how the Beetle had played an important role in pop culture during its lifetime that spanned 80 years.

The 90-second tribute from celebrities dubbed “The Last Mile” features cameos from Ren McCormack, Kevin Bacon, Andy Warhol, and Andy Cohen, and is set to a cover of the famous song from the Beatles’ “Let it Be” that is performed by the Pro Musica Youth Chorus of Oak Park, Illinois.

The animated short dealt mainly with the importance that the original Beetle had in history but even the reincarnated version of the Beetle gets a mention in the film.

“While we chose the classic Beetle as the star of the animation, additional campaign components in Times Square honor the latter two generations of cars and their place and presence in American culture,” Chebab said. “We are proud of our past but our eye is on the future – hence our choice of New Year’s Eve to hint at our upcoming long-range EV and the 2020 Atlas Cross Sport.”

“The Last Mile” was featured alongside other VW memorabilia at Volkswagen’s celebrations to mark the new year and the new decade in Times Square. The company had sponsored “Dick Clark’s New Year’s Rockin’ Eve” on ABC.