Home Interaction Blog Ripley’s Believe It or Not!® Brings Smallest Car in the World to Dubai International Motor Show 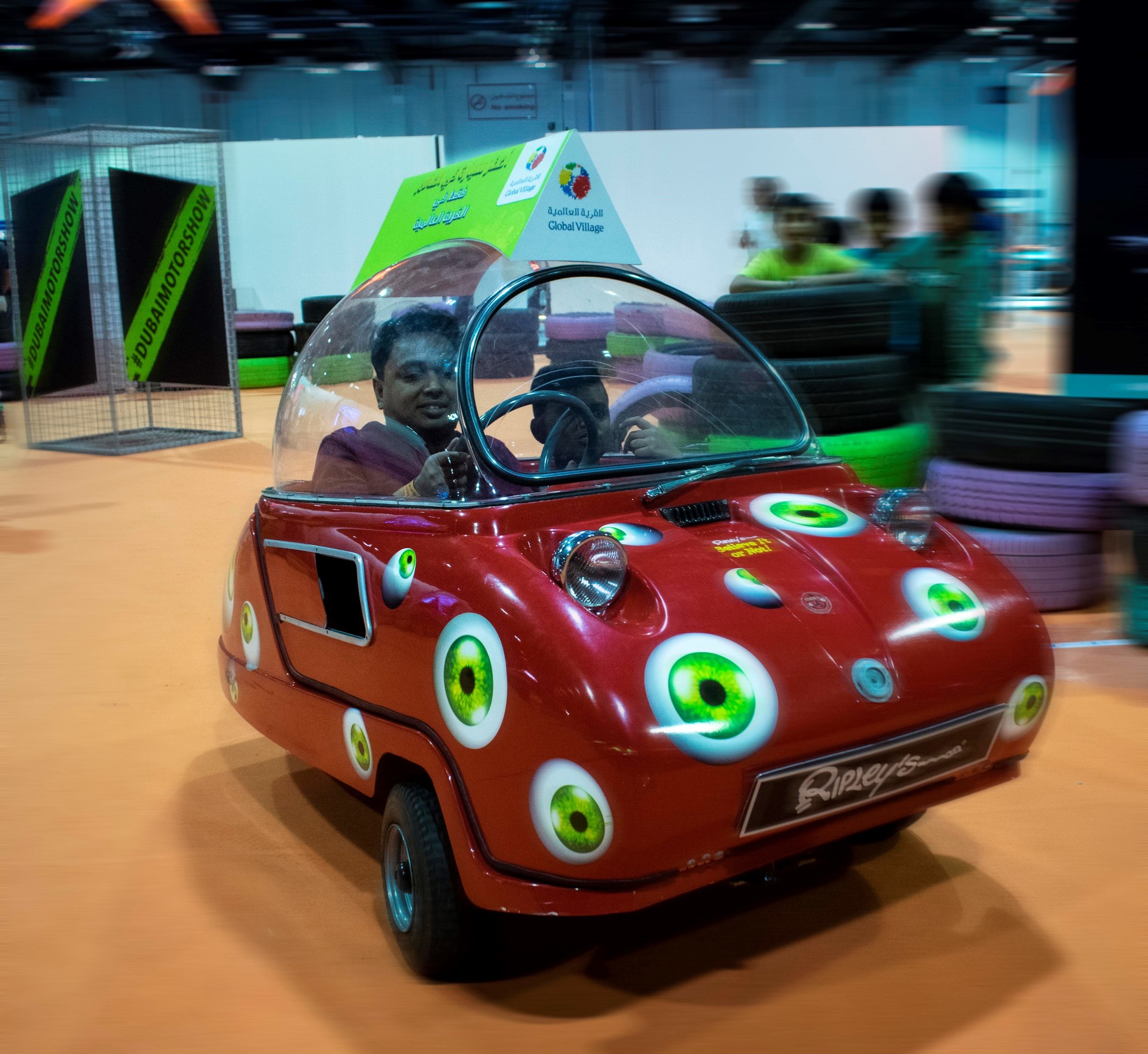 Ripley’s Believe It or Not!® Brings Smallest Car in the World to Dubai International Motor Show

Thanks to Ripley’s Believe It or Not!, visitors to the 2019 edition of the Dubai International Motor Show got a chance to see the smallest assembly-line manufactured road legal car in the world, the electric powered Peel Trident.

The Peel Trident will be displayed as a permanent display at the Global Village in Dubai for its 24th season as part of a brand new Ripley’s Believe It or Not attraction which will be open to the public this week.

At the show, members of the public had a chance to participate in a quiz competition, and the winners got the golden chance to drive the world’s smallest car around a dedicated track. Those who had the chance absolutely enjoyed the chance to take the smallest motorable car in the world for a spin.

Initially produced from 1965 to 1966, the Peel Trident is one of the two smallest ever assembly-line manufactured road legal cars. Both these cars were made by the Peel Engineering Company. The car which is made in Britain weighs in at only 80kg and can attain a top speed of 40 kph. It is powered by a four horse-power electric motor. The Ripley’s Believe It or Not!® Peel Trident model is custom-made and is considered to be the ‘sports model’. It has two forward speeds, one reverse gear, and has enough space to accommodate a 6’6″ driver. It is small enough to fit inside a regulation size elevator.

The Peel Trident will be showcased in Global Village’s Ripley’s Believe It or Not!® Edutainment attraction alongside other attractions like the only intricately carved wooden Ferrari replica in the world which can be driven on water, an actual piece of the original Berlin Wall, a huge Megalodon shark jaw, a large iron Gibeon meteorite from thousands of years ago, in addition to other fascinating artifacts and exhibits.