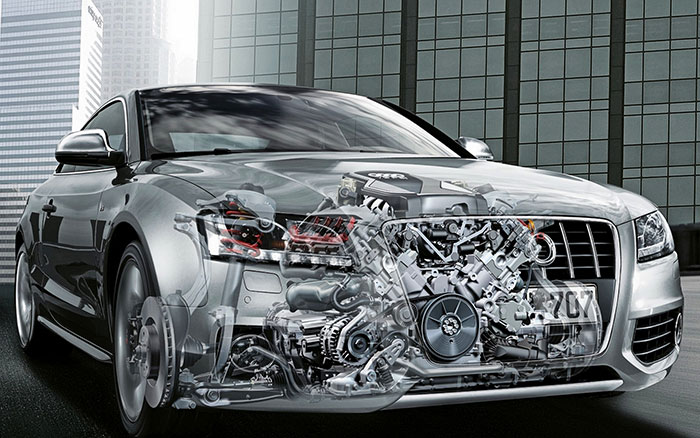 A member of the Royal Institute of Chemistry with a Ph.D. in Traction battery active material morphology from the University of Salford, Manchester, Dr. Mark Stevenson is the CEO of Eternity Technologies, Dr. Stevenson has held several key leadership roles in held various senior management roles in the erstwhile Chloride Industrial Group and later with Exide Technologies as a Director, having held 9 directorships in various organizations around the world. He is a world authority on batteries with over 25 academic papers on the subject of battery technologies.

Eternity Technologies is a manufacturer of power solutions including network power, Bloc batteries, chargers, network power solutions, and energy storage accessories for automotive, telecom and industrial applications. Based in the UAE, the company’s unique proposition is their manufacturing presence in the country as a supplier to over 50 countries. The company is based in Ras Al-Khaimah and is the only industrial battery factory in the Middle East with a plant that covers 10,000 square meters, employing 350 employees and has an annual manufacturing capacity of 1 million 2-volt batteries.

Dr. Stevenson reviewed the presence of the Dubai-based Al Dobowi Group in the Middle East, and their brands and associates at the Spare Parts Conference held as part of Automechanika Dubai 2016. The group has since moved into the domain of automotive batteries, motive power, solar, and telecom power solutions.

Today, the global industrial lead-acid battery market is worth USD 10 million with motive power and telecom making up 55 percent of the market share followed by aerospace, defense, and the UPS segment at 35 percent.

In 2007, the Al Dobowi Group decided to develop a world-class motive power business that was based in the UAE. This decision was made with a view to developing and dominate the Middle East market, set up a strong supplier base, provide centralized global access to Europe, Asia, and the Americas while developing robust legal and business structures that would support its business. The group sources 80 to 90 percent of its battery needs from within the UAE including key raw materials. Eternity Technologies scraps 20,000 tonnes of lead from automotive batteries for use in industrial batteries and exports 95 percent of batteries made from smelted lead from car batteries. 50 percent of the company’s lead is shipped to Germany.

Dr. Stevenson explained the philosophy of the company from the perspective of a world-class quality, processes, design, production and pricing at a central global location.

Batteries from Eternity Technologies are used in a wide range of motive power vehicles and machines including Class-1 to Class-3 industrial trucks, light traction vehicles such as scrubbers, electric wheelchair, scissor lifts and ground support vehicles in airports as well as railroad applications such as locomotive starter batteries.

A traction battery is composed of a 2-volt unit that forms tubular cells that are built into a battery block in a specified arrangement as per the space in the Material Handling Equipment (MHE). Dr. Stevenson presented an overview of the material handling market including pallet handling trucks, forklifts, pickers, and towing tractors that find use in warehousing, manufacturing, automotive, airport and railway operations.

• The global increase in the circulation of goods is driven by the growth in the retail industry in new markets such as Asia, the Middle East, Africa and South America.

• Environmental factors and a focus on clean energy also drive the use of electrically powered machines. E.g. the use of diesel machines in warehouses is generally prohibited.

• Material handling in Europe and North America is dominated by the use of MHE vehicles for palletizing and movement.

• Specialty applications such as airport logistics and cold storage are becoming relevant in the UAE with a rising need for electric trucks.

• Leisure trucks such as golf carts and similar mobility and transport vehicles are also examples of the growing scope of electrically powered vehicles.

Motive power OEMs and manufacturers of global lift trucks such as Toyota, Komatsu, Jungheinrich, and CAT drive standardization and common product platforms in the industry. Key users include global retailers, manufacturers, and logistics companies such as Volkswagen, DHL, and Walmart. Key customer relationships with government and private companies in various regions were also detailed to underline the proliferation of materials handling vehicles around the world with particular emphasis on premier government and end users in the UAE.

In the Middle East and in countries that are developing their infrastructure, network power through solar networks, telecom, and UPS networks are gaining prominence.

Growth in the wireless and mobile telecommunication sector has necessitated backup power units for key communications points, especially in Asia, Africa, and South America, while the growth in data communications has likewise increased the need for backup power for data centers. The increasing use of off-grid and renewable energy sources also opens up the market for power storage.

Telecom Markets in the UAE and Developing Countries

Dr. Stevenson reviewed the installation of Eternity Technology battery installations in various sectors. The UAE telecom market represents a singularly unique opportunity with a USD 5.2 billion market for batteries in addition to other developing countries.

The Telecom sector in developing markets varies from developed countries where a large base station and a large DC system with a stable power grid and normal operating temperatures require large DC systems and 2-hour battery backup with 8 to 10 years of battery life. In developing markets, smaller base stations are powered by a smaller DC system, diesel generator or renewable energy system with an 8 to 10-hour battery life and frequent battery replacement.

If operators and tower companies continue to use diesel fuel as is the case for 90 percent of towers who operate on off-grid or poor grid conditions today, the expected increase in diesel consumption for telecom towers is about 13 to 15 percent. This represents about 150 million barrels annually and USD 19 billion by 2020, releasing 45 billion tons of carbon dioxide each year. Conversion to greener power solutions is expected to save the industry USD 13 to 14 billion in carbon credit savings.

Key customers in this sector include Network power OEMs such as telecom system, data system, and power system manufacturers, while telecom, data and power operators are the key users.

Dr. Stevenson detailed the details of solar and energy storage types—off-grid, on-grid, or hybrid systems that use lead-acid, VRLA, AGM, lithium and flow (Vanadium) batteries. Hybrid systems are preferred in areas where power cuts are frequent as the battery functions as the standby power source while charging when the power is on. The advantages and disadvantages of diesel generators were compared. Lead-acid batteries are the cheapest available batteries that have high recyclability.