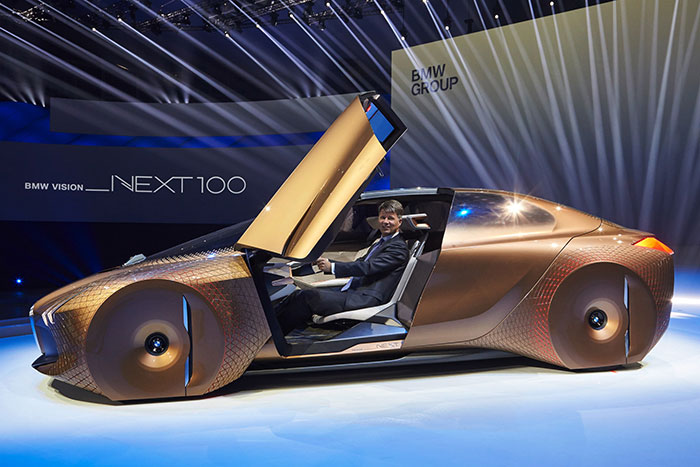 Evolution of the EV

It may surprise many that EVs—electric vehicles—have been around for over 120 years, being introduced in England, Europe, and the United States in several forms from 1881 through 1891. The rise of the internal combustion engine and the rapid growth and cost-effectiveness of vehicles powered by fossil fuels placed electric vehicles in the shade albeit for a brief time. Advancements in battery construction and power storage coupled with a growing need for environmental consciousness have led to the resurgence of EVs and innovations in ancillary technologies.

Looking to the Future

Landmark achievements in EVs include Nissan’s legacy of hybrid electrics, the Toyota Prius, and the Tesla Model S. The 2016 Geneva Motor Show will be remembered by historians as a milestone event where leading automotive brands presented a wide range of EVs representing the next generation of automotive technology. Innovative EVs include BMW’s Vision Next 100, a concept car commemorating the German automaker’s 100th anniversary. This next-generation concept reimagines a car as a meeting space or living room that offers a choice of driver-operated or self-driven modes with a self-retracting steering wheel to increase cabin space and swiveling seats that allow a driver and front-seat passenger to turn and face the rear seats while the car is on auto-drive. Data management giant Bloomberg predicts that EV sales will touch 41 million by 2040, representing a third of the market share. The study correlates an expected rise in crude oil prices with the increased adoption of EVs. The United Kingdom is already beginning to adopt low-emission and non-polluting technologies in an effort to improve air quality.

If the Nissan Leaf’s success is anything to go by, the company has invested heavily in a wide range of self-driving vehicles to be unveiled by 2020, a range that is expected to include several EV prototypes. In much the same manner as BMW’s Vision Next 100, the Nissan IDS concept car revealed at the 2016 Geneva Motor Show featured an autonomous driving mode with inward-swiveling seats. In a truly next-generation step, the self-piloting system is designed to ‘learn’ the driver’s response and driving patterns and preferences, replicating them during cornering, accelerating, and braking. At the heart of Nissan’s future plans for EVs are a 60kWH power pack and ultra-light aerodynamic carbon fiber body that is expected to significantly increase the car’s range. The Nissan IDS concept seeks to challenge one of the core notions of the apparent superiority of gasoline engines: their cost-effectiveness. Today, EVs are relatively more expensive, outpricing gasoline variants and offering a negligible benefit in terms of overall cost of operations. However, future technologies in electric powertrains are expected to improve mass-production capabilities, making EVs cheaper and easier to produce and use.