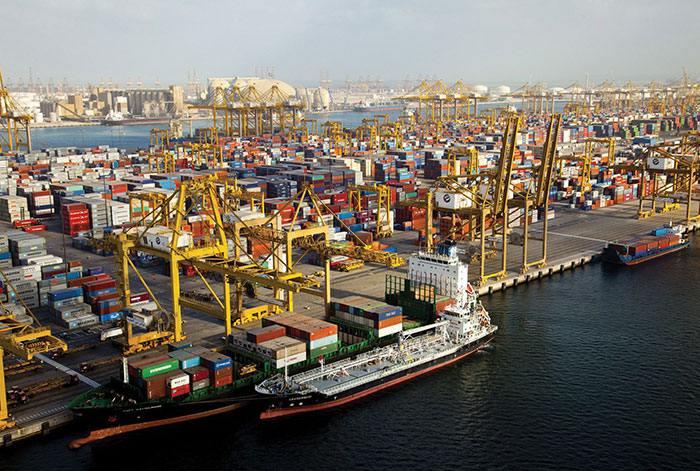 Dubai’s unique location and savvy business policies have made the emirate a powerhouse of employment, export and foreign exchange, contributing to its status as an elite Special Economic Zone. One of the key components of the growth of this region is the development of Dubai as a premier logistics hub. For over a decade, the case for the UAE as a cost-efficient global logistics hub has been strengthened by the Emirate’s investment in the Jebel Ali Free Zone, Dubai Industrial City, and Dubai World Central. As global trade routes face the growing need to improve their cost-effectiveness, Dubai’s role as an essential trade enabler is rapidly reaching its zenith.

Rapid and scalable industrialization and multi-billion dollar investment in infrastructure have resulted in a robust transport and logistics platform that makes the UAE the largest trading partner in the MENA region. Strategically, Dubai is the most developed trade zone in the region, serving as a gateway between Europe and Asia. Further evidence of its infrastructure-fueled growth is the sheer size and scale of trade operations through the Jebel Ali port—the 9th largest seaport in the world, the world’s largest international airport supporting the 3rd most connected air trade hub. Cost-effective labor for value-added activities such as repacking and freight labeling has made Dubai and attractive destination not just to powerhouse economies such as Europe and Asia, but has attracted business from Africa, whose non-oil trade with the Emirate has seen a 700 percent increase in a single decade. Dubai World Central is expected to have a full multimodal logistics district— a free economic zone catering to contract logistics, integrators, freight forwarders, and agents with access to the Al Maktoum International Airport and Jebel Ali port.

European automotive logistics integrator GEFCO endorses the now global opinion that Dubai’s storied history as a trading center has evolved, outpacing the world’s trading needs for several decades and changing the way trade is conducted. The transformation of Dubai as a far more cost-effective and time-sensitive conduit for capital and automotive goods that need to be moved through multiple land borders and shipping zones is underlined by the case where logistics consulting has helped Korea’s two largest automakers—Hyundai and Kia—export cars to Jordan and Iran while avoiding transport through Syria’s war-torn areas. The use of the trade-friendly customs and robust import and export practices of the port at Jebel Ali as well as the lower transit times helped the auto giants gain significant savings in cost and turnaround as opposed to the traditional method of shipping cars directly to Jordan and Iraq. Dubai’s proximity to Iraq’s only deep-water port, Umm Qasr allowed for the far more efficient routing of the cars through to Jordan.

GEFCO Dubai’s Managing Director, Stefano Pollotti states that the role of Dubai’s logistics sector in the overall development of the automotive sector in the MENA region has been underlined by growth of the Jebel Ali Free Zone (JAFZA), Dubai Industrial City, and Dubai World Central automotive parts, tyres, accessories, and engine components export market to reach the AED 44-billion mark, a 10 percent increase over 2015 with exports and re-exports accounting for AED 18 billion. Dubai’s emergence as the smarter choice of logistics hub that bridges the all-important trade routes between the East and West bodes well for other sub-sectors such as transportation, storage, forwarding, and distribution. Shorter manufacture-to-delivery times are also expected to yield cascading benefits such as the adoption of new technologies, new services and agile service levels as logistics providers are expected to grow more agile in their operations.

This article was provided to us by Stefano Polotti, Managing Director of GEFCO Middle East