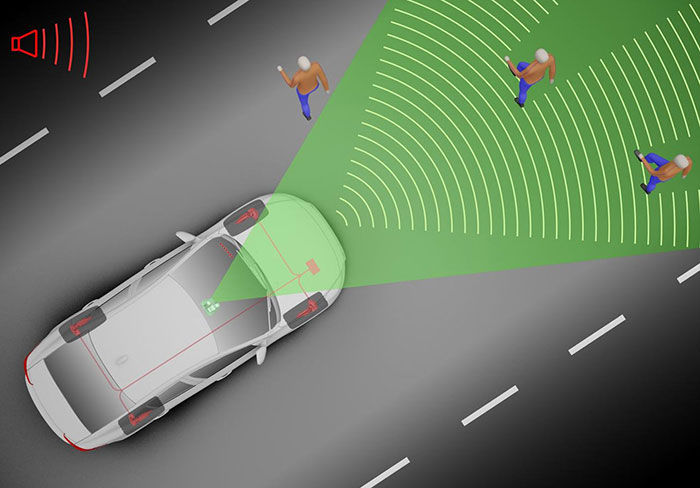 Think forward to the near future—a self-driving car pulls out of its parking spot with its owner seated comfortably, enjoying the morning news and steaming cup of coffee. The car gets onto the suburban streets, and having detected a sequence of green lights ahead, puts on speed. However, unbeknownst to the car’s AI, an errant pedestrian steps out onto the road, ignoring the oncoming car and its distracted driver. Depending on the accuracy of your car’s pedestrian detection system, the AI makes the choice whether to stop or to continue on. Leaving such a choice to a slow-learning system may have catastrophic results.

The answer to whether or not self-driving or ADAS-based detection systems are truly safe enough to permit drivers to take their eyes off the road is still in its infancy. Today, such systems rely on video and image processing algorithms

Researchers at the Statistical Visual Computing Lab at the University of California, San Diego (UCSD) are challenging existing detection systems with a system that is designed to help onboard computers in cars improve how they process and interpret photographic data to make safer driving decisions that have important ramifications for the future of self-driving cars, but are applicable to Advanced Driver Assistance Systems (ADAS). The UCSD system relies on traditional cascade detection systems but adds a crucial “deep learning” algorithm that replaces the “weak learning” capabilities that are a part of traditional systems.

From the Old to the New

Cascade detection applies an algorithm to easily detectable features such as the sky, discarding them from the processing stage. It is at this stage that processing framerates play a big part in the accuracy of a system. The detection algorithm needs to process millions of images per second, detecting human forms at varying distances while ignoring humanlike shapes such as trees or statues. Most visual detection systems use classifiers that differentiate humans from other features in an image, applying an increasing number of simple classifiers in each stage of the detection process. While the use of simple classifiers ensures high speed, it sacrifices a degree of accuracy. The unavailability of real-time data compounds this issue by limiting the system’s capabilities when it comes to complex processing. However, the UCSD system is a step in a direction that seeks to eliminate false alarms and incorrect vehicular response by improving detection performance. The new algorithm processes data in nearly real time, at 2 to 4 frames per second, improving the system’s response time and accuracy.

The UCSD system relies on an algorithm that improves complex pattern recognition, a critical requirement for late-stage detection processing. The real challenge here lies in the algorithm that identifies the exact combination of classifiers that balance accuracy and complexity at each stage of detection—a capability that relies on real-time data and deep learning classifiers.

The UCSD model serves as a stepping stone toward improving detection systems and continues to be the subject of research. One of these areas is the limitation that current systems continue to be binary in nature. Focus areas for the future include improvements that allow multiple detectors to use deep learning processing models on input generated by multiple detectors simultaneously “looking” at multiple objects on the road. Currently, UCSD reports that their system is twice as accurate as existing systems.

While automated image-based detection systems have increased in sophistication, their performance indicates the need for several years of research and advancements such as the UCSD model to create a reliable pedestrian detection system that will finally help drivers take their hands off the wheel in nearly every situation.