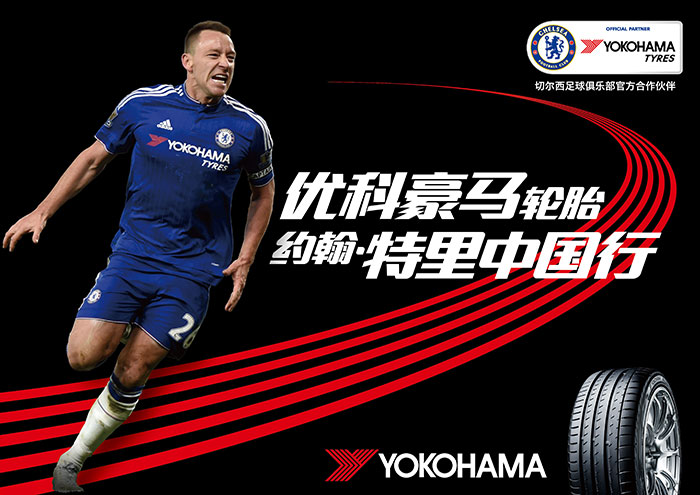 Yokohama Rubber Co., Ltd., had signed a sponsorship agreement with the renowned English football club, Chelsea FC last year. The tire manufacturer will be utilizing this partnership to boost its brand awareness in one of the biggest markets in the world, the Chinese market. The company announced that it will be holding an event in Shanghai on March 21 in order to introduce the captain of the Barclays Premier League Champion club, John Terry to Chinese fans.

The event will comprise a football clinic to help local high school students polish their football skills. This will be followed by a press conference and a chance of members of the media to interview the famous football star.

The event will not only give Chelsea fans in China a chance to meet and interact with the captain of the renowned club but is also expected to enhance awareness about the Yokohama brand in the Chinese market.

In his position as captain of Chelsea FC, Terry has played 700 games for the team and successfully led the team to win the Barclays Premier League, the FA Cup, the UEFA Champions League, the UEFA Europa League, and the League Cup.

The Chelsea FC has millions of supporters across the globe and is indeed a good partner for Yokohama in its drive to raise global brand awareness and sales. While playing in all domestic and international matches, the first team members of Chelsea FC now sport a new Adidas kit with the YOKOHAMA TYRES logo.