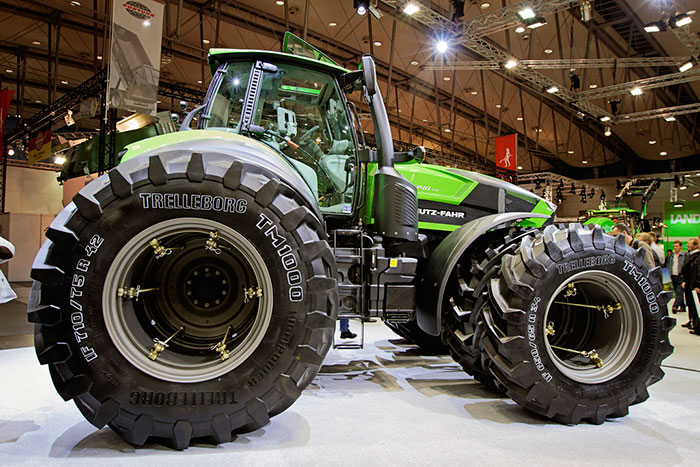 ČGS is based in the Czech Republic and is a leading supplier of specialty tires and engineered polymer solutions. With 6,500 employees and 13 production facilities spread over Central and Eastern Europe, one in the U.S. and one in Mexico, the company has a widespread manufacturing base.

The main subsidiaries of the company are Mitas, Rubena and Savatech which are all well established brands. Mitas is the strongest brand, accountings for approximately two-thirds of group sales and has strong presence in the mid-market specialty tire segment, especially when it comes to agricultural tires. Rubena and Savatech specialize in developing and manufacturing a broad range of engineered polymer products, including polymer seals, polymer sealing profiles, speciality conveyor belts and products from engineered fabrics.

The Czech company, was acquired by Trelleborg in a USD 1.26 billion cash deal without resorting to external funds. ČGS is currently growing at a healthy rate with sales of approximately USD 637.44 billion in the rolling 12-months period ended 30 June, 2015, and an EBIT margin of 16 percent. The finalization of the deal is subject to regulatory approvals and is expected to be over by mid 2016.

Commenting on the acquisition, Peter Nilsson, president and CEO of Trelleborg said that it would be highly complementary to Trelleborg’s existing businesses. ČGS, has significant strength in the agricultural and industrial tire sectors as well as engineered polymer solutions, and this will strengthen and complement Trelleborg’s strengths in a number of existing areas.

CGS spokeswoman Vera Bechynova said that Trelleborg is a trustworthy strategic partner which had the comprehensive vision needed to further develop ČGS HOLDING. She expressed her confidence that Trelleborg would steer the Mitas, Rubena and Savatech rubber manufacturing businesses in the right direction.

With the acquisition of ČGS and its subsidiary Mitas, Trelleborg has become a key player in agricultural tires and reinforces its leading position in industrial tires. From the revenue perspective, Trelleborg Wheel Systems will almost double its revenues, broaden its geographical reach and add new positions in complementary tire niches as an outcome of the acquisition. In spite of the current slump in the agricultural market, Mitas has exhibited strong performance. ČGS’s industrial polymer businesses will contribute significantly to Trelleborg’s leading positions in several of the Group’s existing business areas.

“ČGS has a highly complementary manufacturing footprint with competitive production in Central and Eastern Europe, USA and Mexico. The transaction adds to our capabilities, represents a strong strategic fit and is expected to generate synergies. The plan is to gradually integrate the acquired entities into Trelleborg’s existing five business areas. We regard the purchase price as attractive given the significant synergy potential and expected turnaround for the agricultural market,” concluded Peter Nilsson.