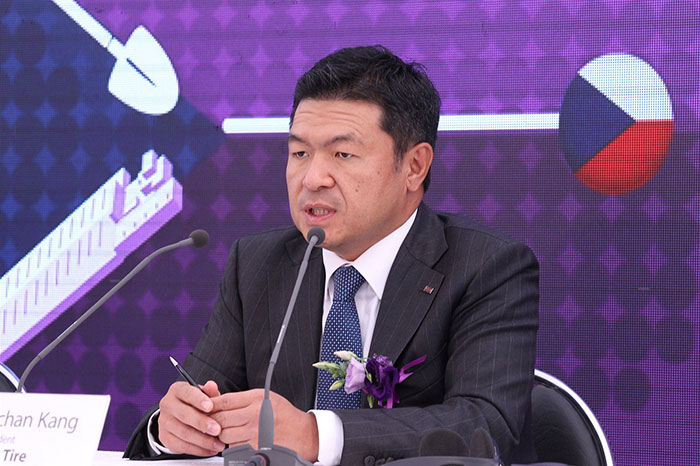 Nexen Tire Corp. has announced that Travis Kang, who is the company president has also been appointed as the company’s new chief executive officer. The decision was made at the meeting Nexen’s general shareholders that was held on February 17, 2016. Travis Kang’s father is the chairman of Nexen Tire, Byung-Joong Kang.

According to a company statement announcing Travis Kang’s appointment, Nexen expects Kang’s leadership and initiative to take quick and bold decisions would have an impact on the company’s business policies and its long-term plans.

Kang initially joined Nexen in March 2001 and in the years since then has moved on to progressively senior positions including managing director of the business planning office, president of the sales pision and president of strategic planning.

Throughout his stint in Nexen, Kang has worked closely with the employees to promote sales activities, particularly with regard to the OE and international tire markets. He has also taken the initiative when it comes to Nexen’s sports marketing partnerships, including the partnership with Manchester City Football Club which was finalized in 2015 to help boost brand awareness about Nexen on a global basis.

Nexen has recently engaged in a drive to boost brand awareness across the globe, with particular focus on the European market. In October 2015, the company began work on a new facility for the manufacture of tires in the Czech Republic. This factory will be equipped with the most state-of-the-art machines and environment friendly technologies. Commercial production is expected to begin at the Czech plant in 2018.