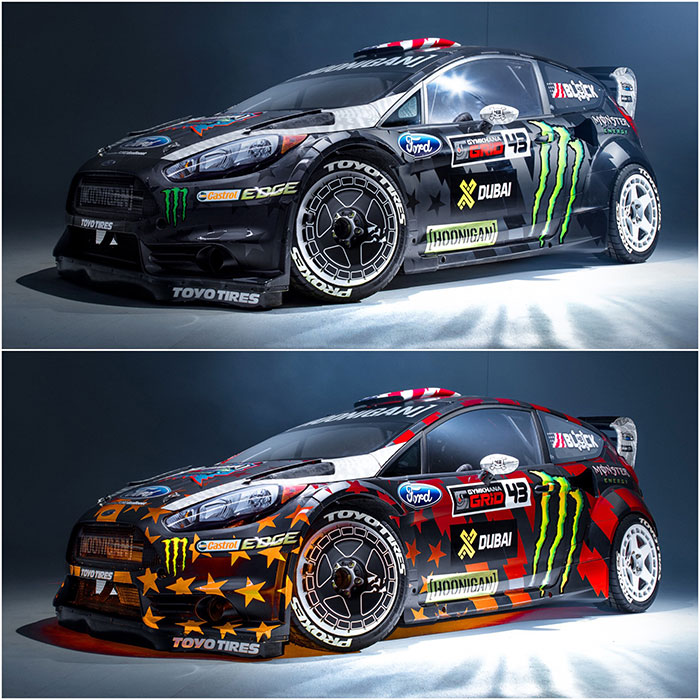 Toyo Tire U.S.A. Corp, the US subsidiary of Toyo Tires has announced that it has signed a multi-year partnership with renowned viral superstar Ken Block. As part of the partnership, Block, who is a rally driver will be using Toyo Proxes R1R extreme performance tires on his all-new Ford Fiesta ST RX43 in Gymkhana EIGHT. The Gymkhana series of videos are highly popular on YouTube and and Gymkhana EIGHT was added to the Ford YouTube channel on February 29th.

Commenting on the partnership, Block said that he was really excited about the p[partnership. The Toyo team understood his need to be highly competitive on-track while allowing for his desire to have fun with the racecars offtrack by trying different driving stunts and burning tires in the Gymkhana videos.

Toyo Tires collaborated with Hoonigan Racing pision set up by Ken Block in order to create and present Block’s livery reveal video for Gymkhana EIGHT and to launch the partnership with Block to the automotive world.

For the Gymkhana EIGHT video, the Hoonigan team cam eup with a directionally reflective, black-on-black livery that looks different every time based on the angle at which the light hits it. Fans will also get a glimpse of how Block’s Fiesta looks with its new Toyo tires. The Ford will have customized Gymkhana EIGHT trim and with the ultrareflective livery, it will look different from different angles.

Commenting on the video that has just been launched, Block said that it is one of his favorite projects from the ones he has done so far. Using the Toyo Proxes R1R tire gave him a good mid-slide feel and plenty of tire smoke. They gave him the confidence he needed to perform some really tricky maneuvers with confidence. The results were highly satisfying, especially in view of the fact that the Proxes R1R tires he used were off-the-shelf tires.

Amy Coleman, senior director of marketing, Toyo Tire U.S.A. Corp. said that the company was excited to have Ken Block as the newest member of the Toyo team. Having him demonstrate the performance of Toyo tires in Gymkhana EIGHT to the millions of fans he has worldwide gets the relationship off on the right foot.

She added that just Block has an All or Nothing attitude, just like Toyo’s attitude when it comes to tires. The company expects to partner with Block on a long term basis to create highly interesting content in the years to come. Block is likely to feature prominently in Toyo’s future marketing campaigns including promotional activities and advertisements. The livery reveal video made by Block and the Hoonigan team can be viewed by clicking on the YouTube link: https://www.youtube.com/watch?v=8-UEF6OJOT4