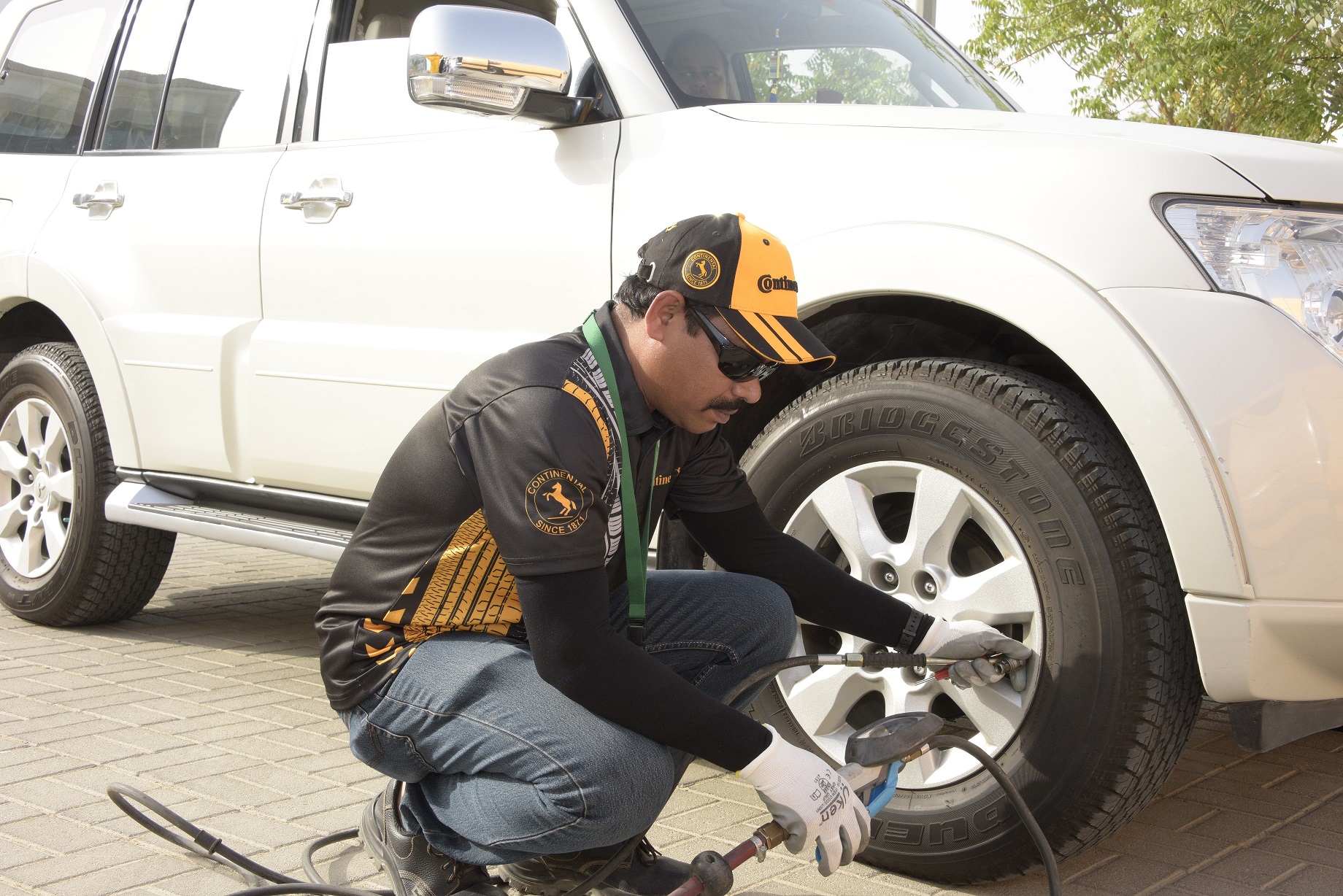 Leading German tire and automotive manufacturer, Continental recently conducted two studies in the UAE which revealed that parents in the UAE tend to overlook basic safety checks when it comes to their vehicles, thus increasing the risk for themselves and their children. Though consumers are advised to check their tires on a regular basis, most parents fail to do this and a quarter of them were not even able to recall when they had done a proper tire check.

Continental conducted two studies as part of its Vison Zero safety initiative, of which one was conducted in collaboration with YouGov while the other was carried out in partnership with the GEMS Modern Academy Dubai. The YouGov study surveyed parents in the UAE on the frequency with which they checked their tires while the survey carried out at the school involved assessment of the tire health of parents’ vehicles parked there.

Road safety experts recommend checking the condition of the tires at least on a monthly basis for tire air pressure, tread depth and signs of irregular wear in order to minimize the chances of tire failure while on the road. However, the Continental-commissioned YouGov survey revealed that more than half (52 per cent) of parents who regularly drove their children to school had not checked their tires in the last month. As many as one in four parents surveyed could not remember the last time they had their tires thoroughly checked.

It is believed that tire-related accidents contribute to about five per cent of traffic fatalities in the UAE and the results of Continental’s survey hence highlight the importance of the need for parents to be aware about the importance basic vehicle safety precautions and the safety of the traditional daily “school run”.

Continental then teamed up with the company’s local partner Emirates for Universal Tyres (EUT), to carry out standard tire tests on over 200 vehicles parked at the GEMS Modern Academy in Dubai, to get an idea about the safety of the vehicles that parents used for their school runs and to create awareness about the issue. The expert technicians who were involved in conducting the tests recommended that 24 of the vehicles, which accounted for more than 10 per cent of the sample, should have at least one of their tires replaced.

Commenting on the YouGov survey, Ricardo Martins, Head of Marketing, Continental Middle East said that it is the responsibility of each and every driver to check the safety of his vehicle on a regular basis as it a simple way of minimizing the risk of road accidents. He said finding out that most parents in the UAE do not do this regularly reinforced the company’s motivation to look at the issue in greater detail and to take action.

“We are pleased to have brought to the attention of dozens of parents the need to regularly check the health of your vehicle’s tyres. We take our global initiative of Vision Zero – our aspiration for a world with zero fatalities, injuries or accidents on the roads – very seriously and believe in making a difference with activities such as this,” Martins added.

Continental and EUT staff checked as many as 204 vehicles of parents at the Gems Modern Academy in Dubai. The tires of the vehicles were tested on the basis of parameters like air pressure, tread depth, wear and punctures. Seven in ten vehicles had the correct tire pressure, but over 25 per cent of the tire checks discovered under-inflated tyres. This is one factor that that contributes to irregular tread wear (discovered in 31 vehicles) and side-wall damage (found on 14 of the parked cars).

Commenting on the tire safety initiative, Nargish Khambatta, Principal of GEMS Modern Academy in Dubai, said that the safety of the students at the school was a top priority and such awareness programs are significant as they educate parents on the importance of road safety.

Recent figures from the Ministry of Interior and National Transport Authority showed that 525 people lost their lives on the country’s roads in 2017 and hence road safety continues to be a key concern in the UAE].

Commenting on the findings, Thomas Edelmann, Managing Director, RoadSafetyUAE, said that tire safety is a matter of great concern in the UAE, especially considering the harsh climate. “We experience tyre debris on our roads pretty much every day and this should serve as a warning. Tyre safety is even more relevant in the context of transporting our kids – we just want to make sure we transport our children in the safest possible manner. Caring parents should regularly check the condition of their vehicle and in particular the tyre condition by pre-drive checks. We welcome this initiative of our CSR-partner Continental.”