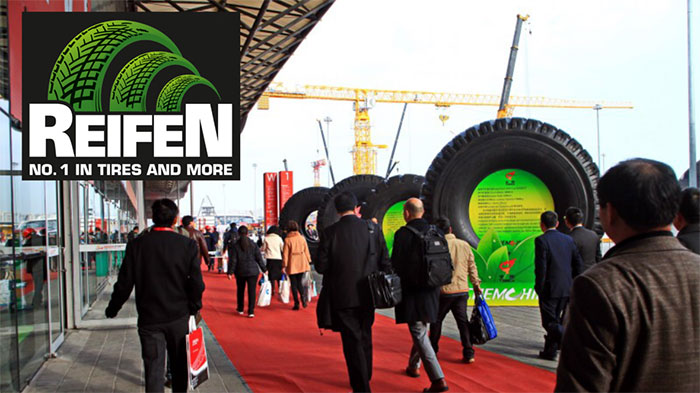 Record Number of Exhibitors to Participate in Reifen 2016

A record number of companies from the tire sector are set to participate in the 2016 edition of the Reifen show, one of the most important trade shows in the tire industry at the global level. First established in 1960 and held every two years, this year’s edition of the Reifen is scheduled to be held from May 24 to 27 and the organizers Messe Essen have announced that this time round, there will be 675 exhibitors drawn from the tire and wheel sector, garage equipment manufacturers and trading companies. The area covered by the exhibitors is also setting a record with over 60,000 square meters being devoted to the trade fair. The fair will have a high share of overseas participants, with more than 70 per cent of the exhibitors being from outside Germany including those from China, United Kingdom, Italy, the Netherlands and Taiwan.

This year, Reifen is being held concurrently with RubberTech Europe at the same location and visitors will have access to companies dealing with every aspect of the tire sector ranging from rubber production to tire trading, retreading and recycling. Another highlight of the Reifen Show will be the Future Tire Conference that is scheduled to be held from May 24 to 25 with delegates from associations, politics and manufacturers.

Reifen 2016 will provide many services to both exhibitors and visitors for the first time in this year’s edition of the show including the option to log into Messe Essen’s free WLAN from any place in the venue using the exhibitors’ passes and the facility to use communication areas in Halls 3, 5, and 7 as meeting venues. These areas will also be equipped with chargebars for mobile terminals.

Messe Essen will be collaborating with Messe Frankfurt for the first time in 2018 to stage the Reifen together with the Automechanika in Frankfurt from September 11 to 15, 2018. This will broaden the reach of the Reifen exhibitors and they will benefit tremendously from the international reach of Automechanika which holds 14 other similar events in 13 countries.